Hey everyone, looks like there will be some kind of coastal feature off the east coast, and will move north into New England. In fact, New England is where I suspect the brunt of the storm will be. This storm system will be mostly RAIN, and little or no snow is expected. If there is snow, it will be limited to the mountains and higher elevations.

The Euro is indicating a powerful Nor’easter for New England this weekend.

Nonetheless, this coming weekend, we can expect a lot of rain to move up the coast, as will be associated with a tropical feature. This low will interact with a wave of energy moving in from the west, and will cause a fairly significant Nor’easter for New England. 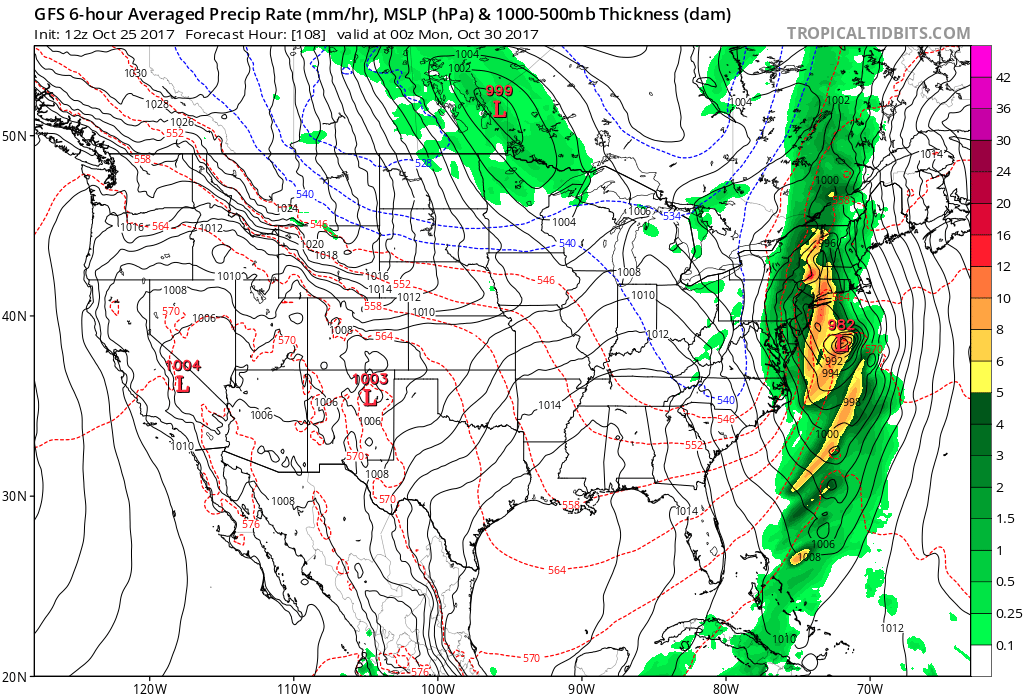 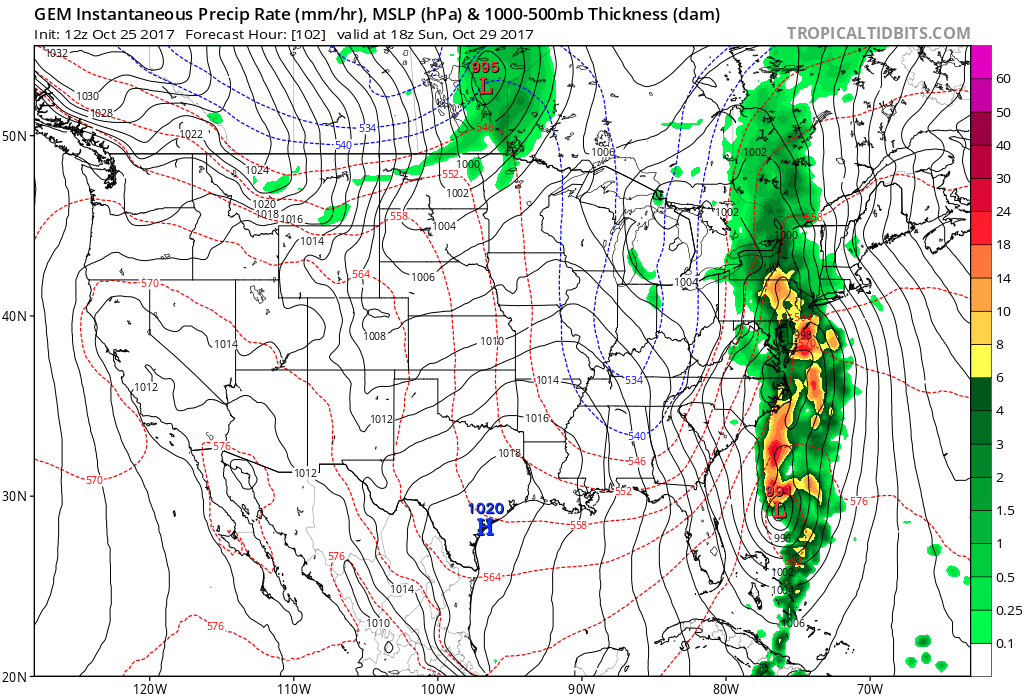 The main threats associated with this coastal low will be heavy rains and flooding, and also some winds along the coast. Coastal flooding and beach erosion are also possible, however that will mainly be for New England. This will be a tropical/mid-latitude hybrid at some point, and then a full nor’easter by the time it moves interior New England.

Stay tuned for the latest as the weekend draws near. While most precipitation is expected in the form of rain, mountain snows are possible.

After this storm system exits out to sea, it will draw in some of the coldest air of the season behind it. For some, it will feel like winter for a moment. Highest elevations receive colder typically so those could be the locations. Freezes are likely for many in the Eastern US next week.