CHANGES END OF NEXT WEEK

It will be another 8-10 days of the heat, with some backdoor cold fronts for the Northeast. For the Southeast, any relief will be hard to come by. Record highs are expected next week with highs in the mid to upper 90s before the heat finally breaks later next week. Some highs could reach 97 to 100 depending on location over the next week or so! This is unprecedented for late September and early October.

As we alluded to in a previous article, the cold air out west will eventually make its way East, and major changes in the pattern are possible. There is currently a trough out west with mountain snow, and a heat dome or ridge in the East. By the end of next week, we could be looking at a complete pattern flip from hot to cool or fall-like.

The latest GFS has much of us feeling like fall from the Mid-Atlantic down into North Carolina, and perhaps parts of northern South Carolina. This trough does not look to dig too deep down into Georgia or Florida. 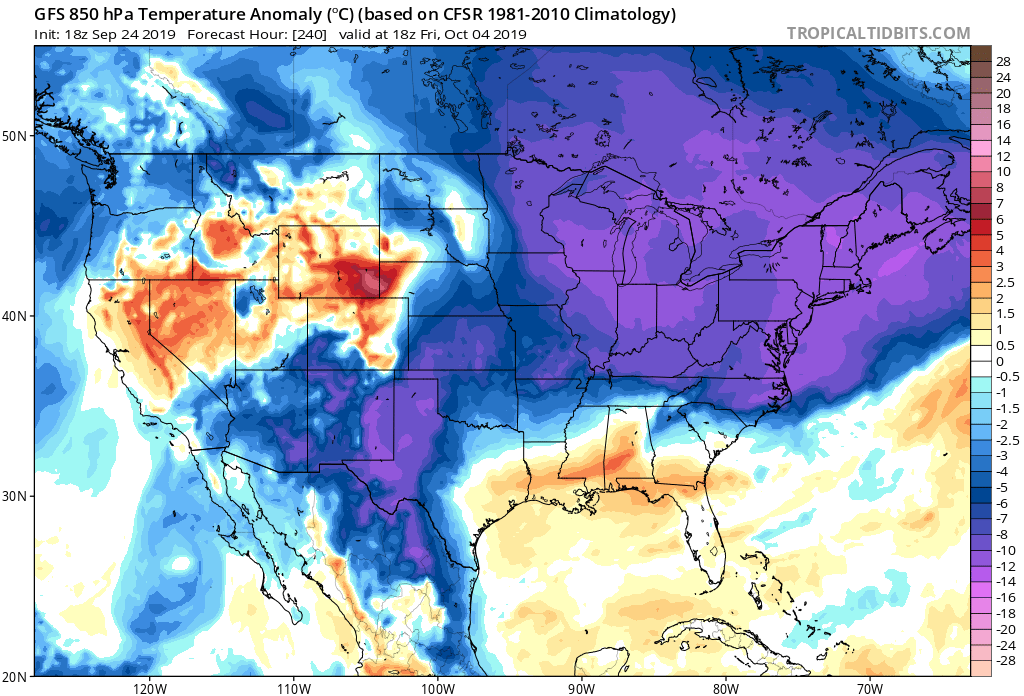 Highs next Friday the 4th may not make it out of the 60s! And morning lows next Saturday could be in the upper 40s! Below are highs for next Friday. 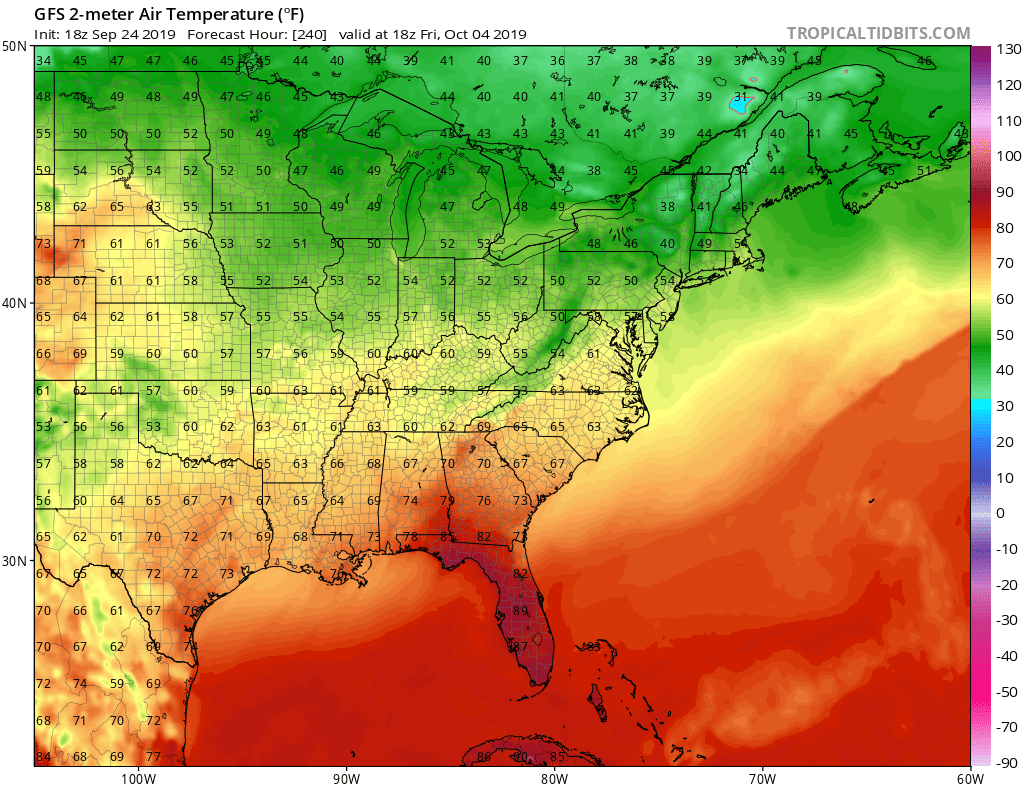 Does this change stick around for long? It’s hard to tell at this point, but it looks as though the relief could be short-lived as yet another transition to an eastern ridge is possible in the long-range. Currently we give this a 50-50 chance of happening, the change back to a Western trough and Eastern ridge.

But the good news is that relief from the heat is coming, just not right away.