The Arctic hounds will howl and moan, according to the song “No Quarter” by Led Zeppelin. The gates for cold air will open up on Wednesday next week, and will spill the coldest air of the season across the Southeast on Thursday and Friday.

This could set the stage for some kind of potential wintry precip on Thursday or Friday, however that is uncertain at this time. If it does rain, it will certainly be a cold rain. There will be a leading winter storm that will run the spine of the Appalachians on Tuesday and Wednesday, which will be responsible for wrapping in an Arctic outbreak of cold air behind it.

The Euro over North America shows a very cold trough over the eastern US, and we could see some record early-season lows, especially in the upper Midwest. This is fairly extreme given that it’s still fall, but not unheard of. 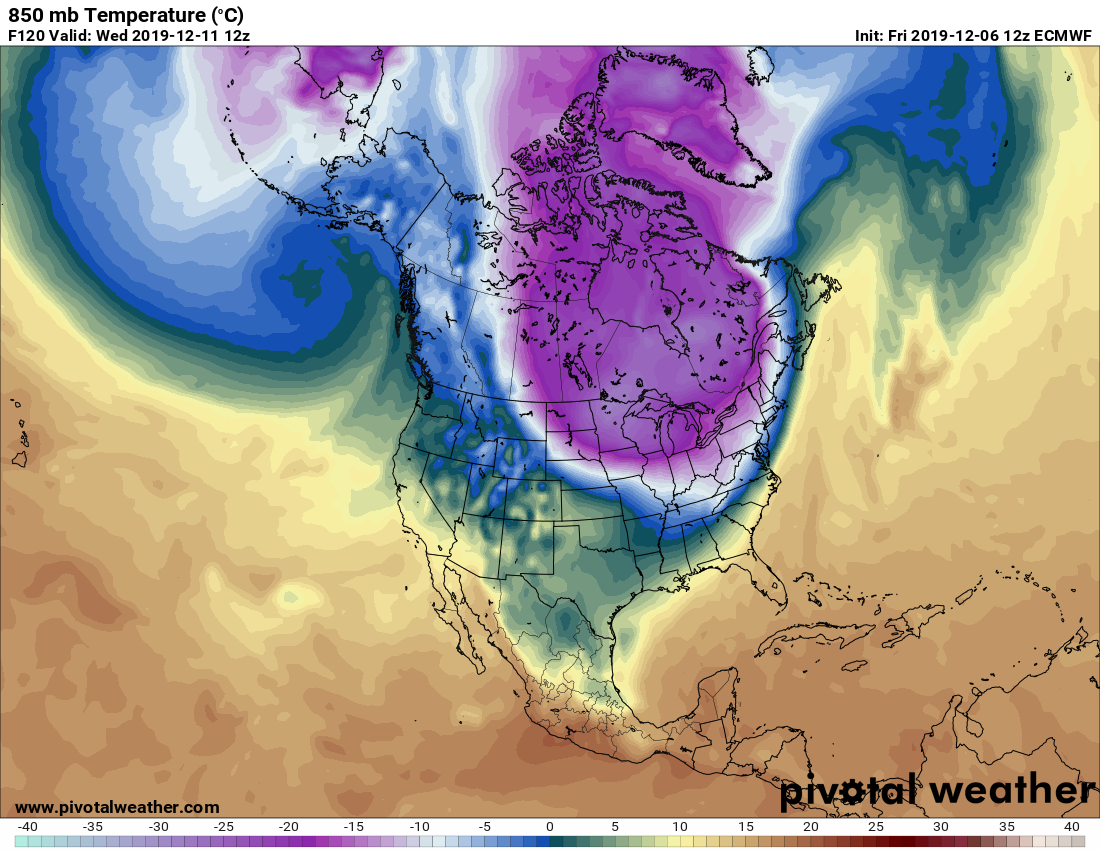 Nonetheless, we will freeze down here in the Carolinas as morning lows are projected to be in the 20s, and even the low 20s in spots. Morning lows for next Friday are shown below. Readings in the 30s could make it all the day down into the Lowcountry! The concern with this will be schools, especially if they don’t have heat. Also there will be a good chance for frost on your windshields and frozen pipes. 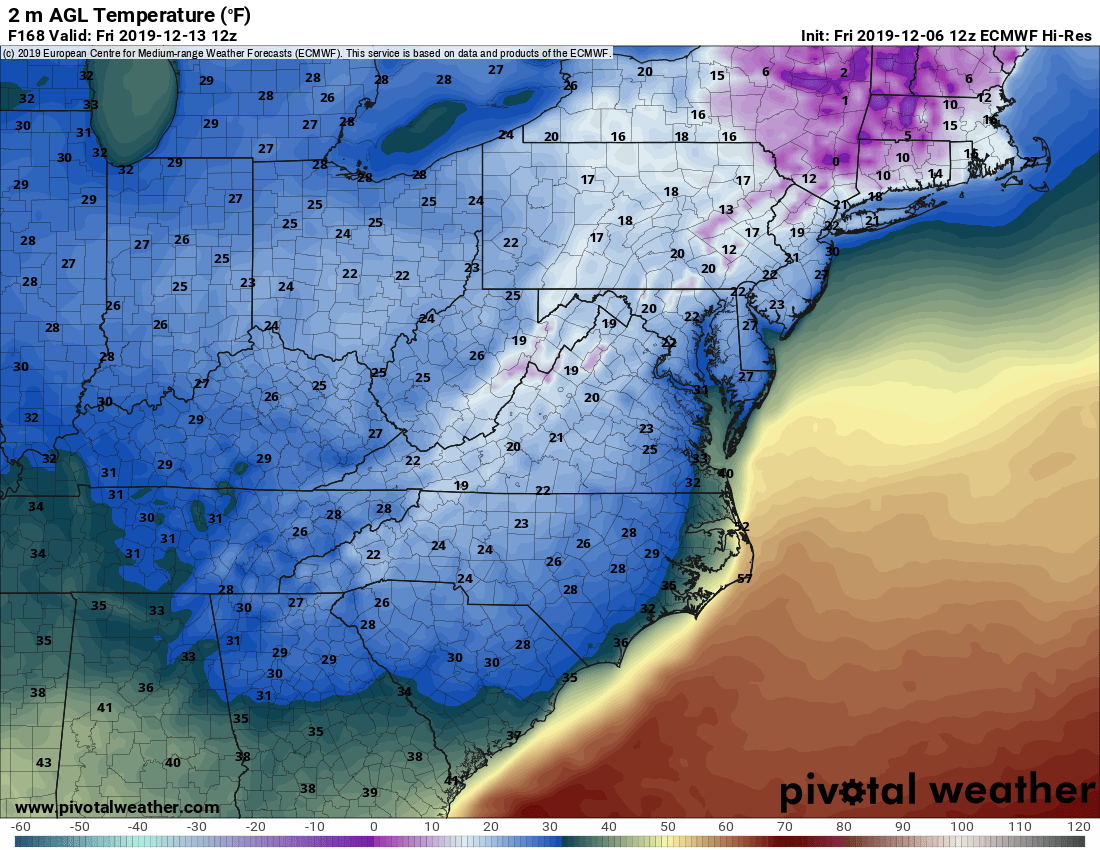 We think the pattern will be favorable for some kind of storm system late next week, however details are still to be ironed out, since this storm could be all rain, or a combination of rain and snow, or a wintry mix. It’s too soon to tell since the computer models are not locked in. But the pattern is certainly active, and we are still seeing a signal.