Cooler temperatures are looking to be likely after this week, as a surge of Canadian or even Arctic air will cover much of the continental US. The hardest hit areas from this cold snap will likely be the Upper Plains and Midwest, as any early planting could be threatened by frost or even a freeze. For the Carolinas and the Southeast, the remnants of a southeast ridge of high pressure will keep coastal areas and areas farther south from freezing or frost. However, northern GA, NC and most of VA could face a frost for one last time this season.

These cooler temperatures look to persist for a couple of days and could even last into mid-month. It will be warm this week as a temporary heat dome passes over top of us, but then temperatures will go back to their normal seasonable average. This could outbreak next week is modeled by the Euro ensemble mean, around the 14th or Tuesday of NEXT week. 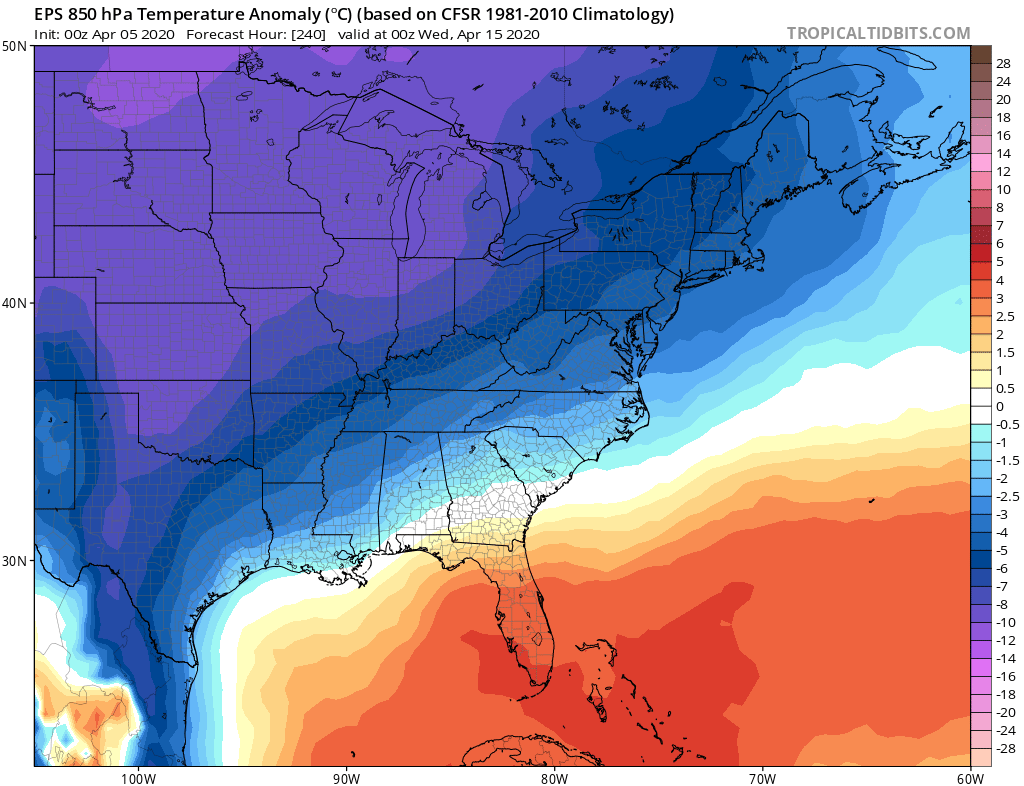 Over the course of the long-range, into April 20th, the cool air looks to hang around, thus making uneasy times for growers. Ensembles are indicating what could be a more early March pattern than early April. The GEFS has chilly days into April 20th below. 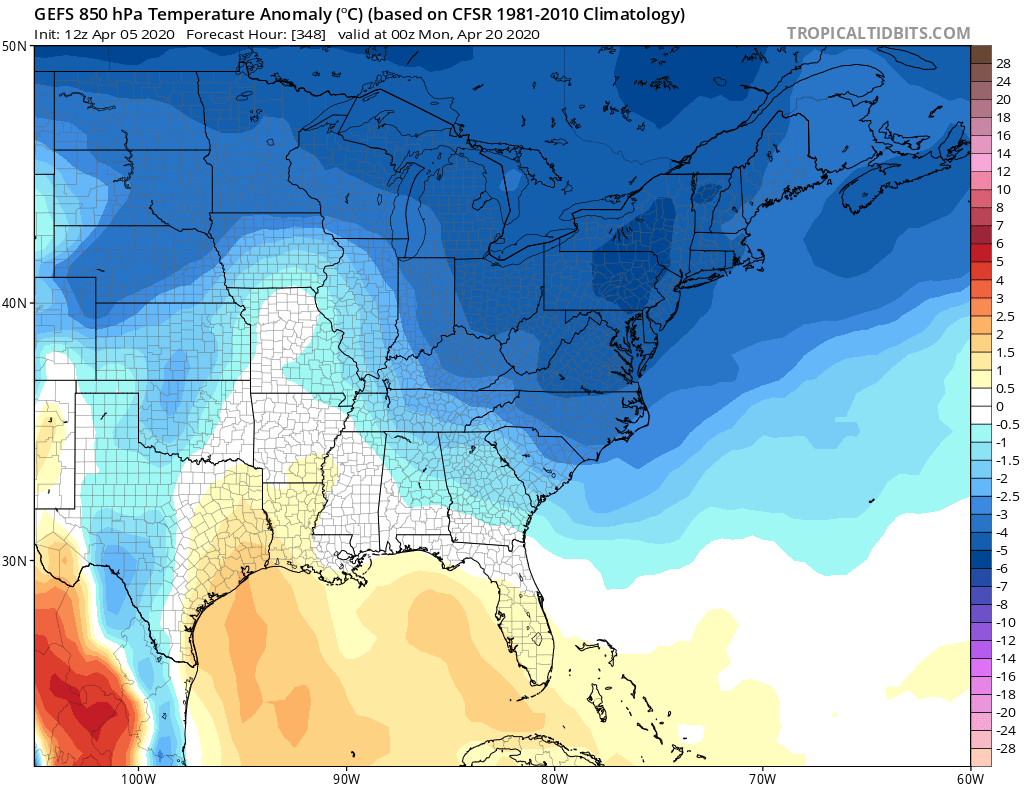 This of course comes after a mild and snow-deprived winter, which will lead some to being frustrated that the late season cold didn’t come during the winter months. However, this seems to be the norm for the past 3 winters or so, where the chill will arrive in the spring when things should be warming up instead. Expect wild swings in temperatures for the rest of April, including the potential for severe thunderstorms and tornadoes as the change in temperatures promotes such storminess.

April is a month of ups and down for the Carolinas, and some years can be warmer than others, but this year looks cooler than average, once again.

Please share this story with family and friends if you enjoyed it!