The first cold snap of the season is about to take place as cold arctic air races southward in the mid Atlantic region today allowing night time temperatures to plummet to below freezing just before dawn. 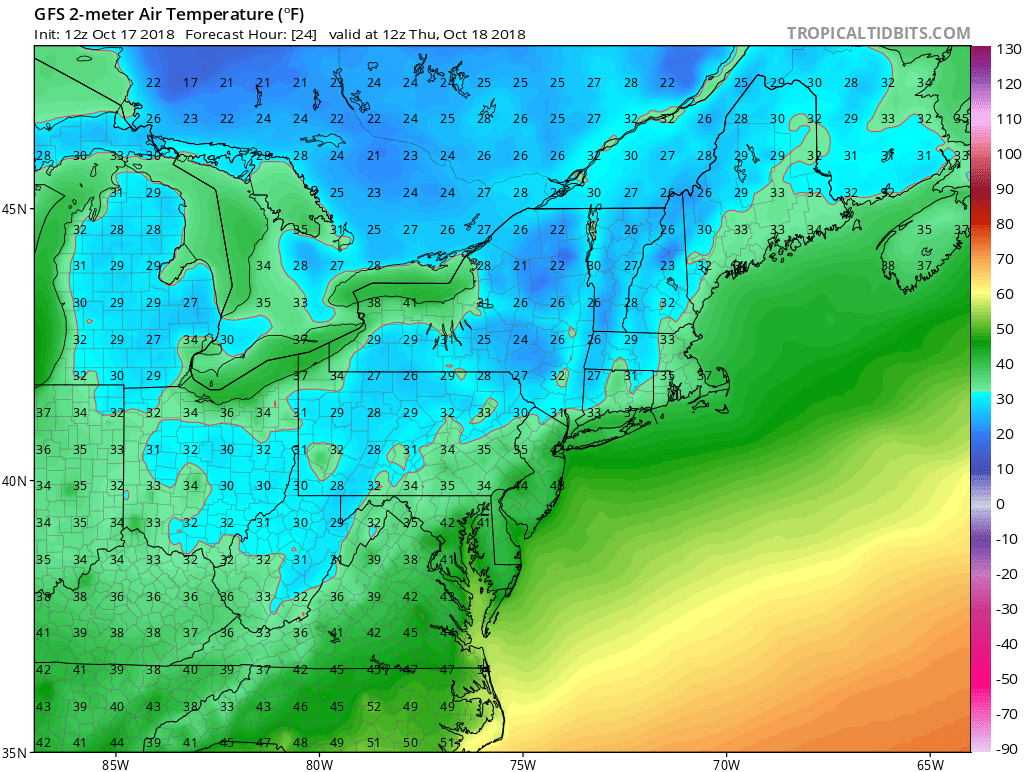 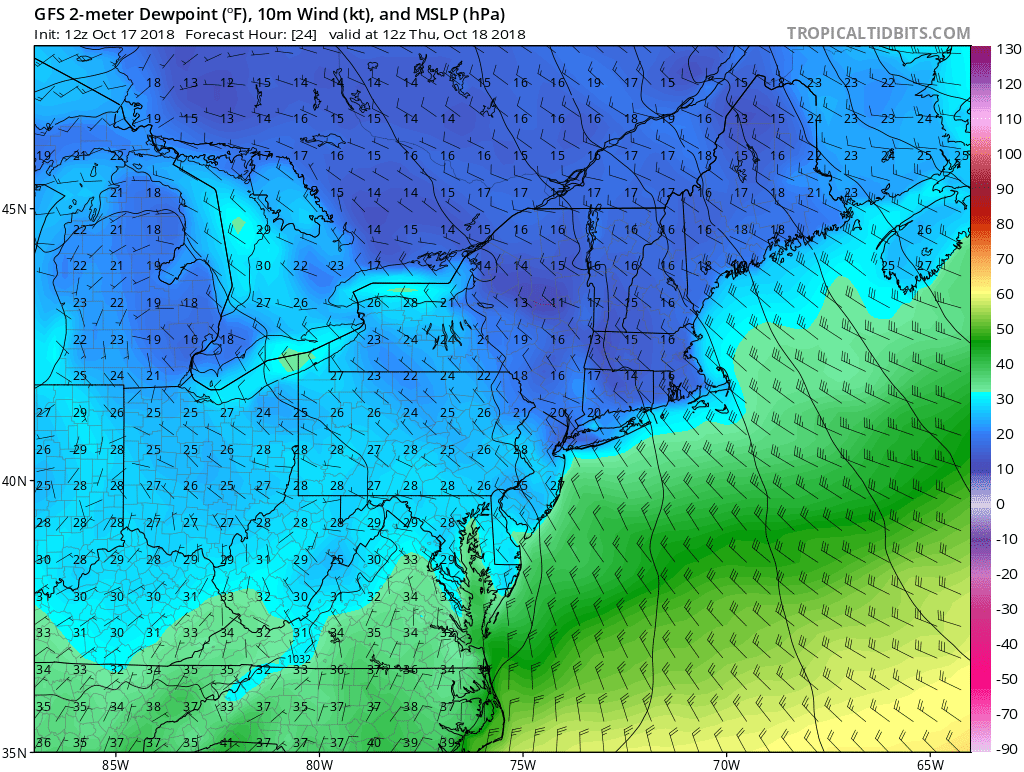 These are the foretasted dew point temperatures for the same time early Thursday morning before dawn.  The region most likely to receive frost appears to be western and central Pennsylvania and the mountains in West Virginia. This is where the temperature will just get cold enough to reach the dew point allowing frost to form. 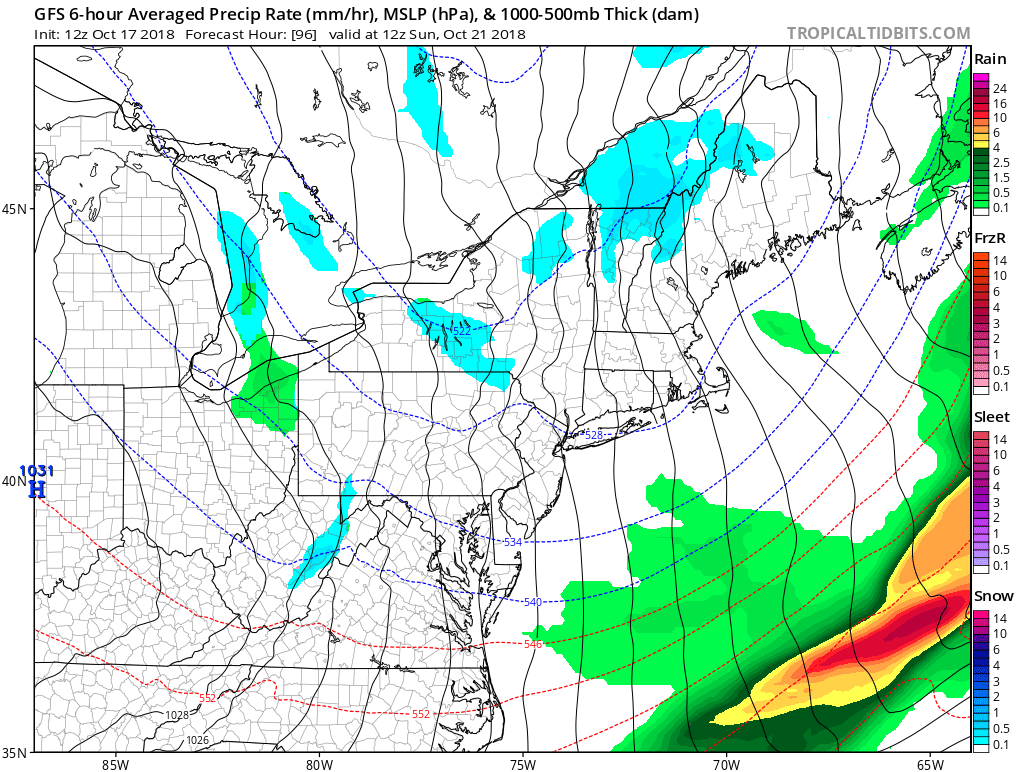 Early Sunday morning the cold air will still be in place over the Northeast, and a shift in the winds will allow for some lake effect snow showers to take place primarily in New York and the rest of New England. However don’t be surprised to see some showers make their way into Pennsylvania and the mountains of West Virginia. Check back with the East Coast Weather Authority for you latest updates on weathers worst.