As we draw closer to our winter event this Friday, many pages and sites are posting model maps that are showing different things. There has been low confidence in this forecast in terms of who will get what and how much. But here in the Carolinas, especially near Charlotte, it’s hard to get snow especially south of the city. Usually here it’s a cold rain and sometimes sleet for a while. But accumulating snow is hard to get. But not so much in more northern NC locations and southern/western VA. The NC mountains are also a good cold spot for snow.

As for now, we have expanded our snow area, but in the bright blue this could just be flakes which may leave behind a spotty coating by Saturday morning. We are not expecting much more than this for the light blue.

The green is likely going to be a sleet fest, or a sleet rain mix, or even just a plain cold rain.

The best spot to see accumulating snow will be in the NC mountains, and into the hills in the NW part of the state. The foothills to the west of Charlotte could also see some stuff that sticks. 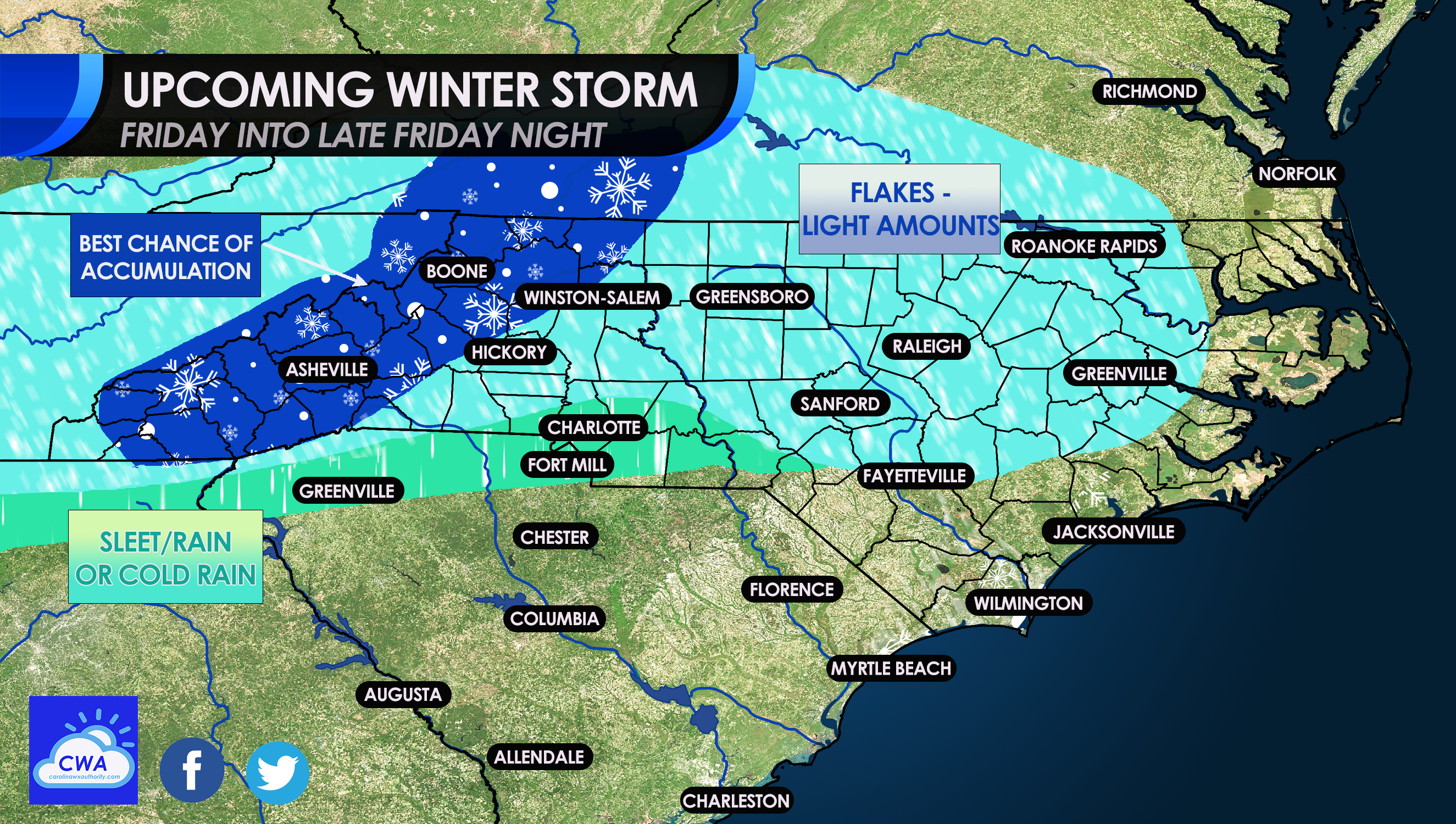 How about the timing? When is it supposed to start?

A cold rain is expected to move from south to north late on Thursday night. Thus many across the Piedmont could wake up to a cold rain on Friday morning. So it will likely be a rain event outside of the mountains, but then changing over to snow later in the day. 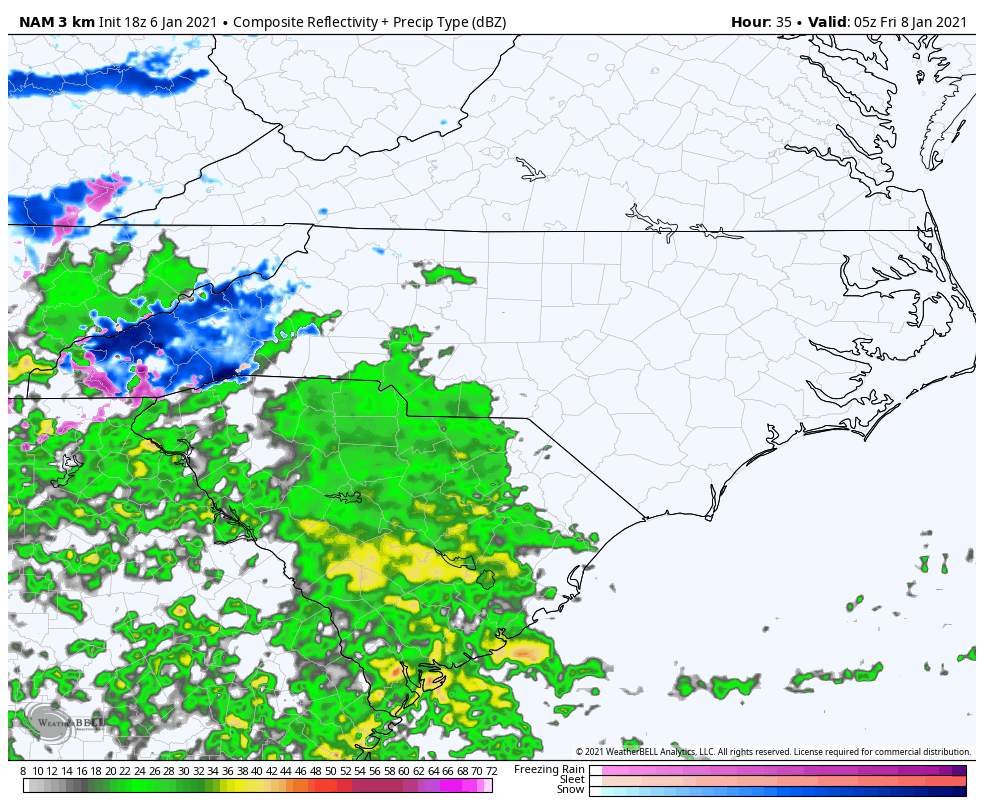 Below is the forecast for around 2pm, which shows a mess. This is when the mixing starts, when the colder air begins to move in from the west. Anyone in western NC and the SC Upstate could be looking at a mix, but the Upstate could see a changeover to snow before western NC does. 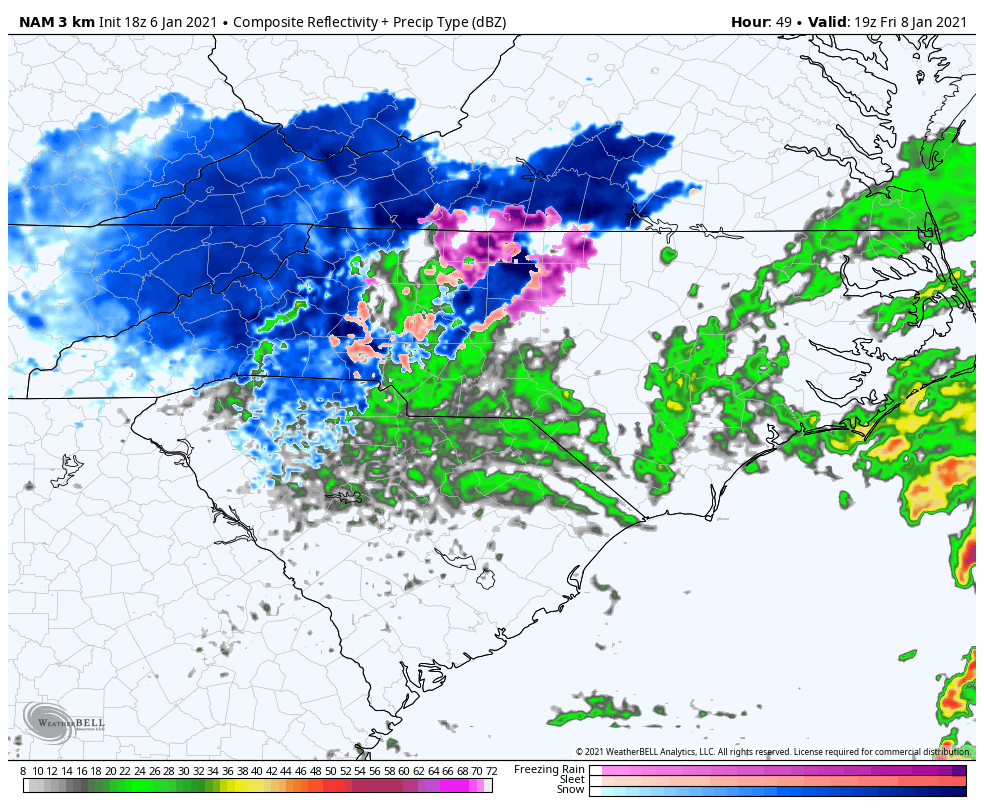 Then, late Friday night into early Saturday the storm starts to pull away to the east, and anything on the backend of the storm could changeover to snow. This is when locations in eastern NC could see flakes that coat the ground. The grounds is warm, so it will be hard to get any accumulations in this area. If you do, consider it a bonus. 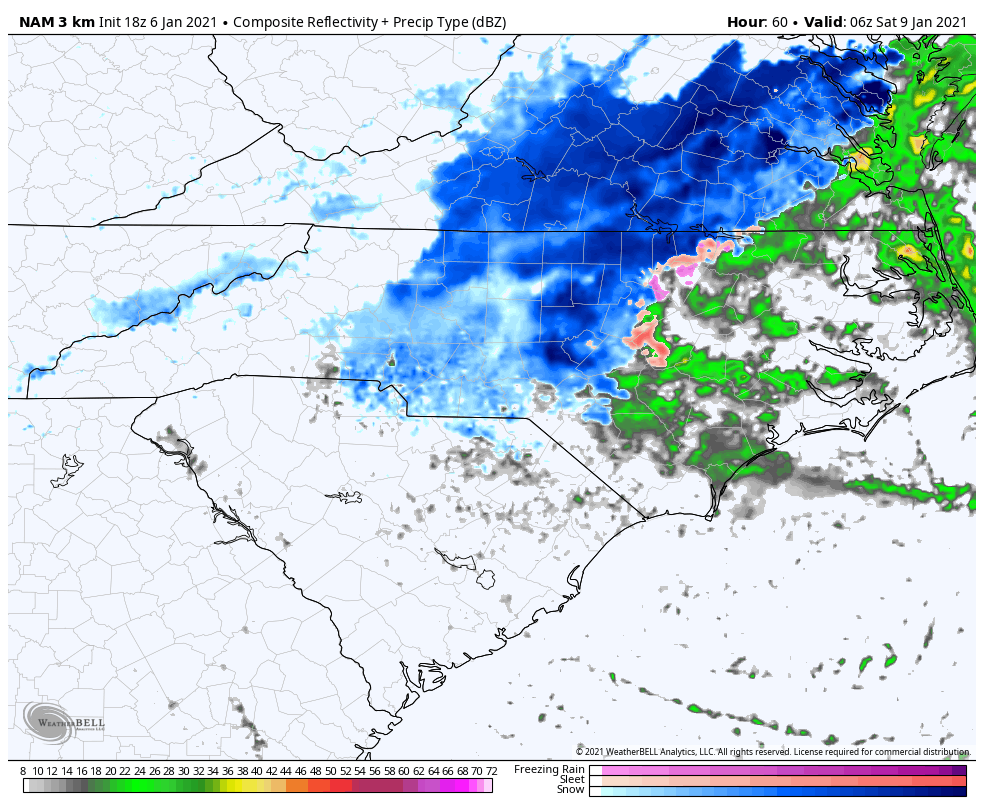 This is only the start to a very active pattern! We could be looking at something else as early as next week. Stay right here at CWA and please share!