It’s getting to be that time of year, and all the decoration on the front lawns of houses are looking spooky. The temperatures have also been swinging just like a ghost from the trees. What can we expect on Halloween this year? Well, at least it’s on a Saturday.

Much of the country will be well below normal as far as temperatures, as there was a major snowstorm recently out in the Midwest, and it looks like that pattern will persist. What does that mean for us here in the Southeast?

It means that we will be under a building Southeast ridge, which means things will heat up and we will remain dry. Temperatures this week will climb into the low 80s. By Halloween, not much will change, and it looks as though above normal temperatures for the Carolinas will persist.

We will be in one of the few places in the country where there will be above normal temperatures on Halloween. 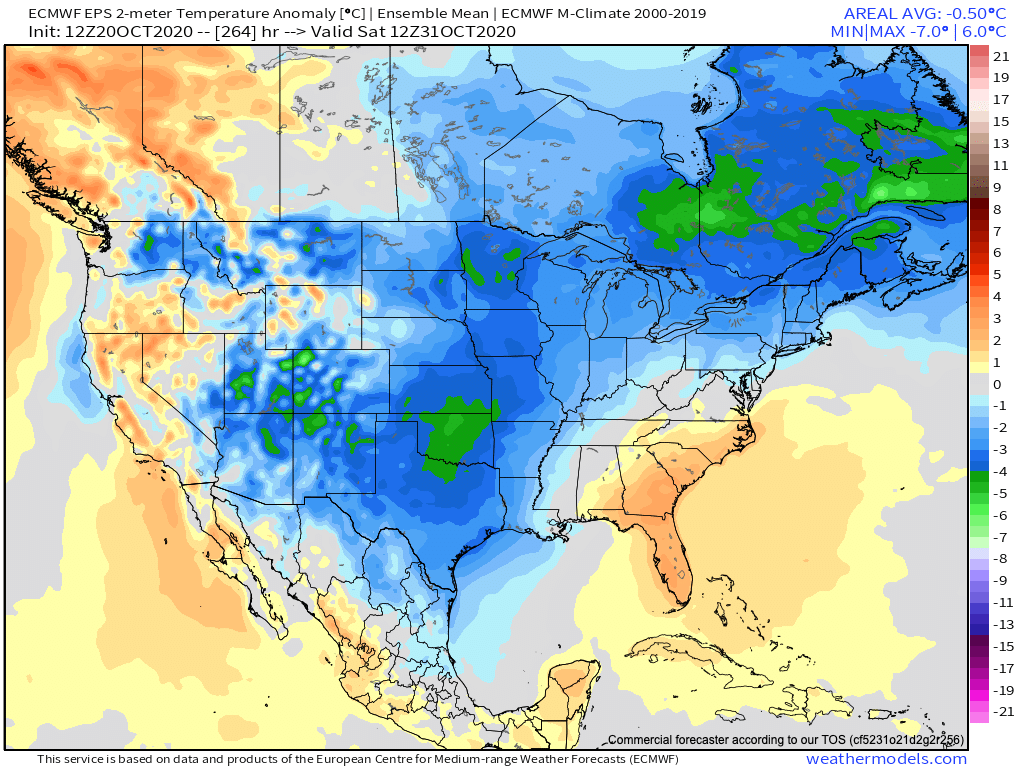 However, it does look like a cold front will push through on Halloween just like it did last year. There was supposed to be a squall line of severe storms that never really panned out, and we could see a similar situation to that this year. By trick-or-treat time, temperatures could take a tumble. There is only 6 hours difference between the Euro ensemble image above and below. 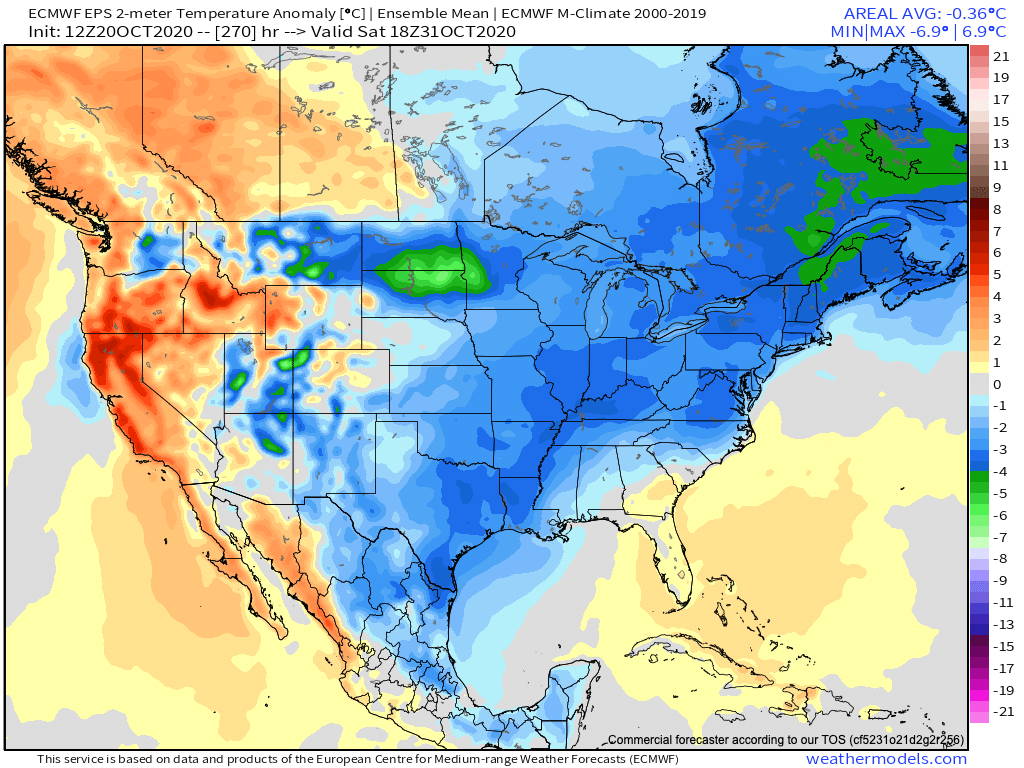 So expect a strong cold front that could move through either early in the day or later in the day. Temperature swings are common this time of year, and we won’t be surprised to see it happen on Halloween. There could be rain if the cold front moving through is strong enough.

Stay with us for more details as the holiday gets closer!