Well, Summer technically isn’t here yet, but Meteorological Summer started June 1st. This means that in Meteorology, we start seeing summer-like patterns typically starting June 1st. With that being said, we are looking at a heat wave that will be starting on Sunday the 11th. An upper-level ridge will be building in from the west, and heat will spread east as a result. Temperatures could reach the mid-90s anywhere from Philly down to Florida. It will be great pool weather. 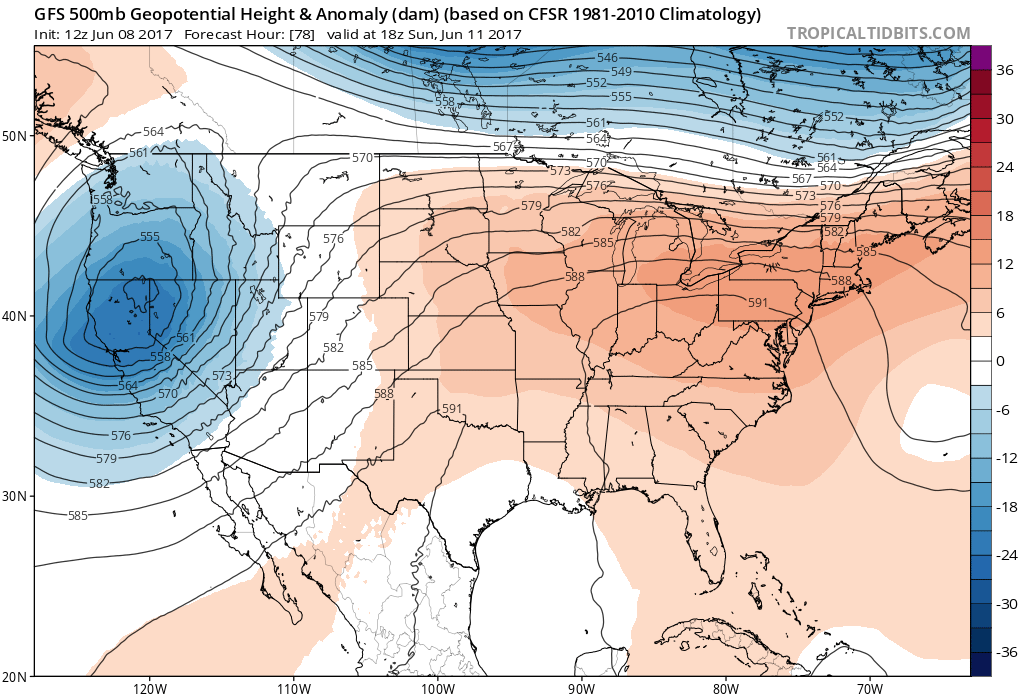 But changes will come at the end of next week. On Thursday or Friday, we could be looking at a strong cold front pushing through the East, and that would mean the threat of severe weather, including damaging winds and tornadoes. When a trough settles into the East after a ridge, that typically means a cool-down, and there will be a price to pay.  Next Friday, June 16th GFS: 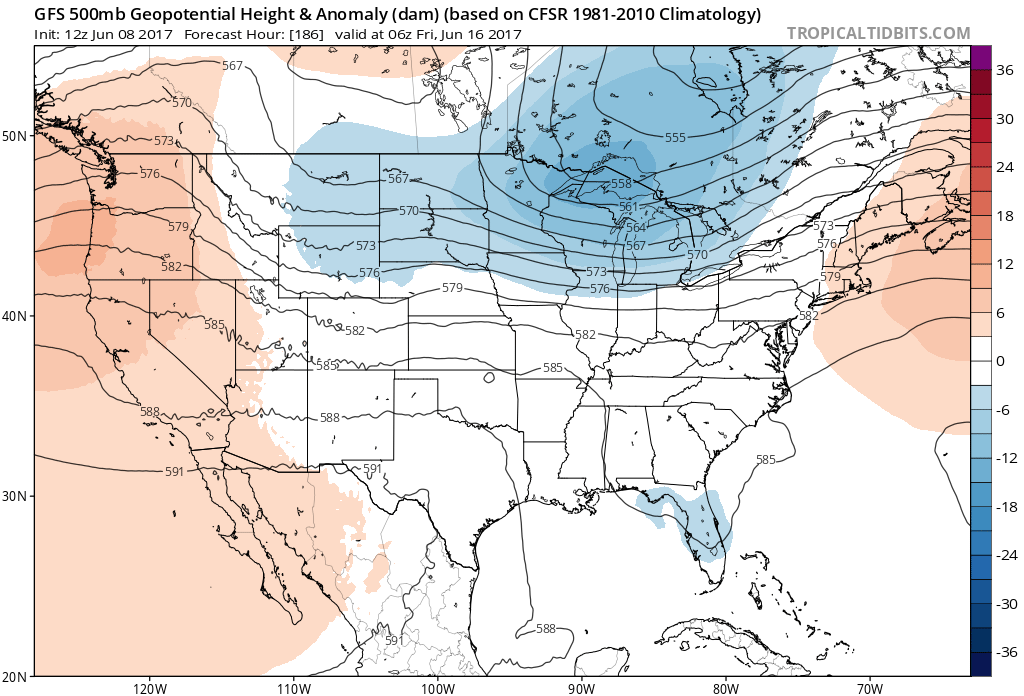 However, we might not have to wait until late next week to see severe. We could see damaging complexes of thunderstorms known as Derechos, which typically occur in the early summer with ridges of high pressure. This is typically known as the “Ring of Fire.”