Good Sunday afternoon! Well, the tropics are trying to come to life suddenly with multiple disturbances in the Atlantic. Currently, Invest 94L is the leftmost orange one, which has a medium 50% chance of formation over the next 5 days. Invest 94L is what will have to be watched for any potential land impacts, including here in the U.S. But that is still too early to tell. If anything, it appears for now that the Caribbean could be up next for tropical storm conditions. With the two given orange areas below, their track and strength will need to be monitored, which they will be. 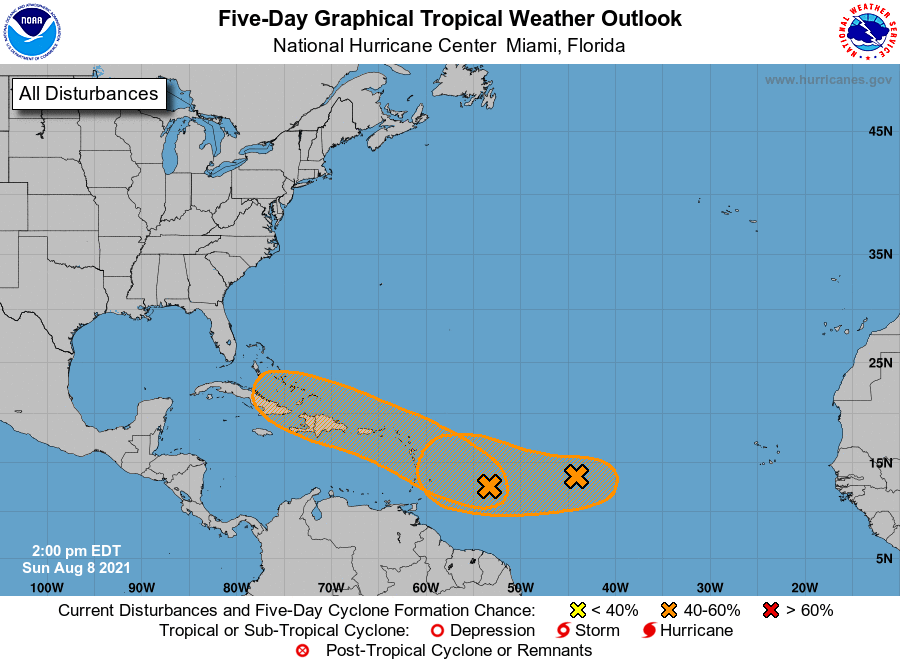 Per the NHC regarding Invest 94L:

However, the GEFS spaghetti plots do appear to be ominous right now for Florida. But we can’t just focus on that, we also might have to consider a Gulf entrance. But a cluster of the models below takes 94L right into south Florida, perhaps as a tropical storm. We will have to see if this shifts westward over time or if the intensity will change, 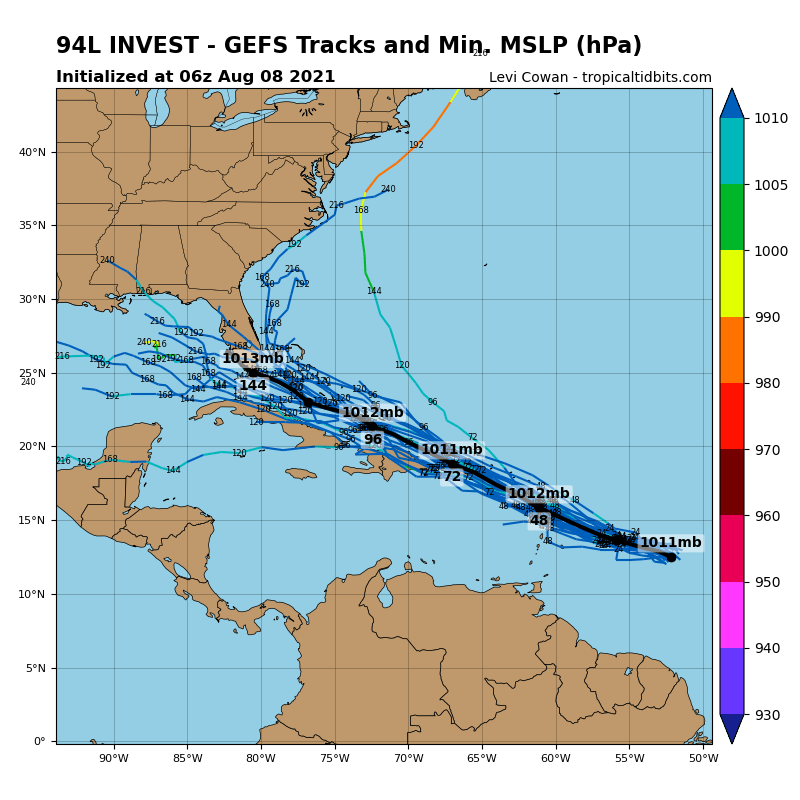 Without speculation, all we can do for now is monitor this storm to see if it develops. Then we might have a better idea where it’s headed later this week. NO WORRIES for now! Enjoy that beach vacation or wherever this week, since there is no immediate threat. Just have to watch this one!