Is the Upcoming Pattern Favorable for Charlotte/Carolina Snow?

As the past few winters have been lackluster as far as snow and cold, many are beginning to think we are in for more of the same this winter. Especially now that many were talking about the Polar Vortex and that we were headed into the deep freezer later this month. While temperatures will be below normal, we are not expecting any kind of bitter cold, as least not through the end of January.

Is the pattern going to turn cold? Well, the Climate Prediction Center seems to think so, as their 8-14 Day Outlook (shown below) has below normal temperatures for our area. Again, this is not bitter cold, but it does erase a Southeast Ridge, which would be detrimental for snow lovers. Below normal temperatures, but not bitter cold, are what you want to see for a favorable southern snowstorm track. Image was taken from our Winter Weather Page, so check it out >>> https://carolinawxauthority.com/models.html

So when is the window of opportunity? We won’t have an ideal setup, but if there was one, it would be at the end of this month or early February. With blocking in place over Greenland and the ensembles (shown below) indicating low pressure off the Carolina coast, it would be our next window for snow but NOT necessarily cold. A pattern can be favorable for storminess and snow, but not favorable for sustained cold, and we have seen years where there was a very active southern storm track but with near normal temperatures, or even slightly above. The below model image is valid around the 28/29th. 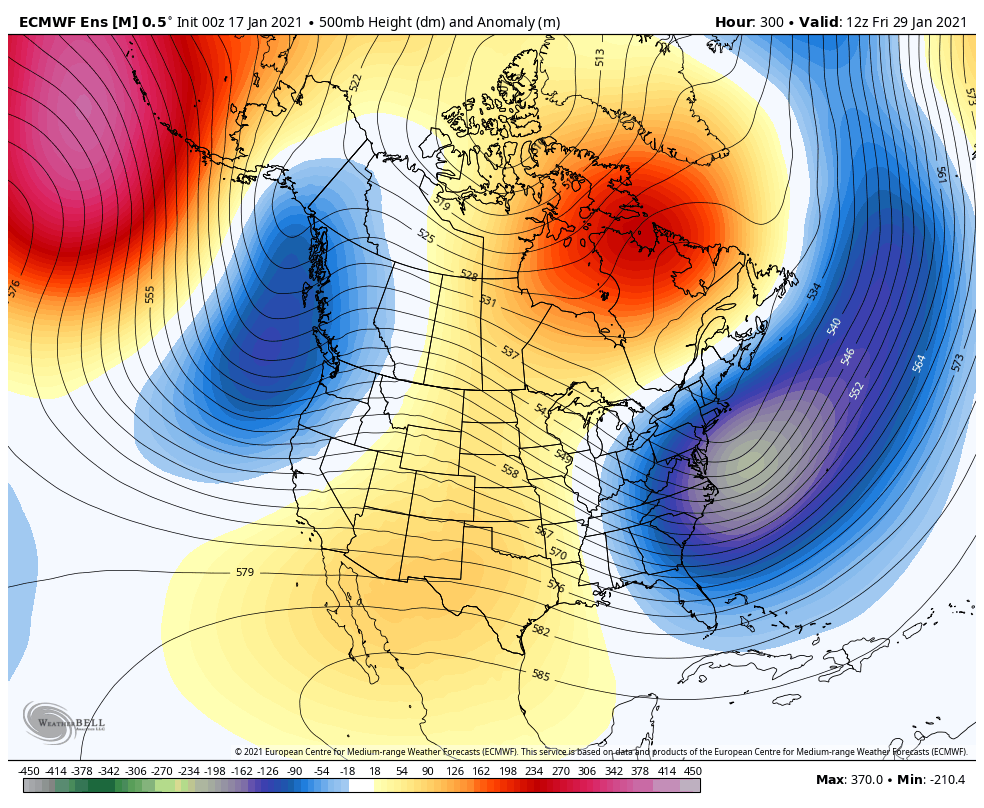 The next question is if there will be ENOUGH cold air in place, remember it doesn’t have to be bitter cold. But what we don’t want to see is a Southeast Ridge of high pressure. Let’s examine the ensembles again for temperature trends. Below, the Euro ensembles are indicating below normal temperatures around the 29th, which is exactly what we need. Now, we just need a storm to slide across the Southeast around the 28th/29th, and it’s game on. 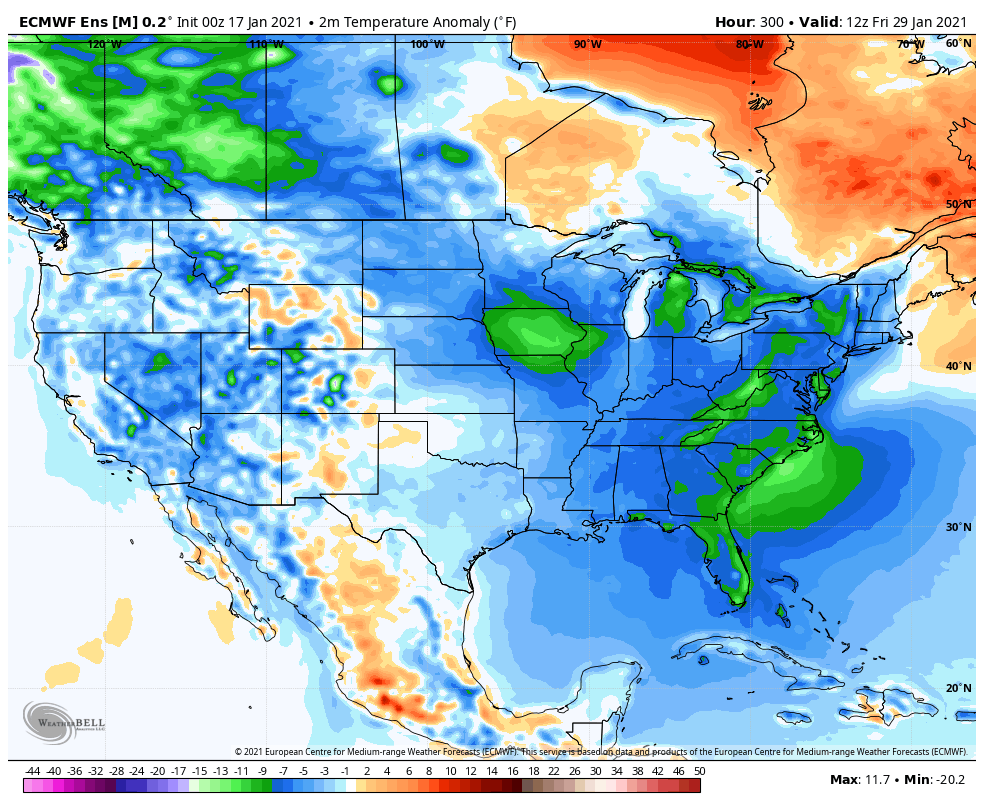 Unexpected storms can appear out of nowhere with the current and upcoming pattern, so we need to keep in mind what the overall pattern is. If the overall pattern is favorable, then all we need is a disturbance to move across the Southern US. There is no guarantee, but we will be watching the next week and a half or so for any storm signals here in the Southeast.

Please share this article with friends and family using the button below!

Check Out Our Other Recent Posts!