Have you heard that maybe at some point this month, the Polar Vortex is coming, and we are going into the deep freezer? We were one of the pages that forecasted this, however that now seems “complicated.” Many pages, including us, took a gamble on the Big Cold coming at some point this month, but it could keep getting pushed back, just like previous winters. The GFS is notorious for pushing cold back, instead of consistently showing it up until 3 days prior, for example. In the longer-range, we need to use the ensembles, which are a blend of multiple model runs instead of just one model run.

The other pages, including ours, looked at just a single model and yelled “cold.” Lots of times, forecasters that want cold and snow “wishcast” or forecast in favor of conditions that are favorable for snow. Looking at the Euro ensemble mean below, it will get cold on Friday for our region and into early Monday. 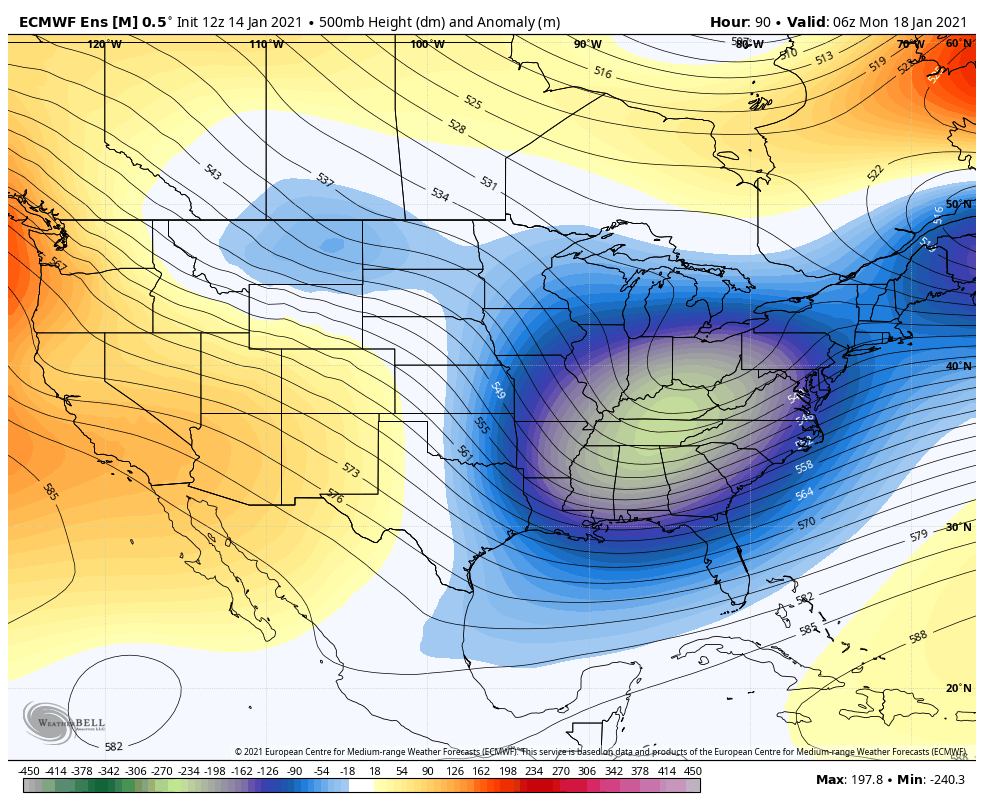 However, this upcoming cold shot is not expected to stick around long, and will move away as warmer air will replace it behind. Into the 21st, the ensembles are hinting at some kind of Southeast Ridge of high pressure, which indicates near-normal to above-normal temperatures. Again this is into late next week, Thursday the 21st. We are saying warm then.

And finally, into the last week of the month, starting on the 24th, the ensembles are hinting at persistent warmth. The major upper-level ridge of high pressure in the image above, will move westward in the image below, and will likely control our weather for the latter part of this month. 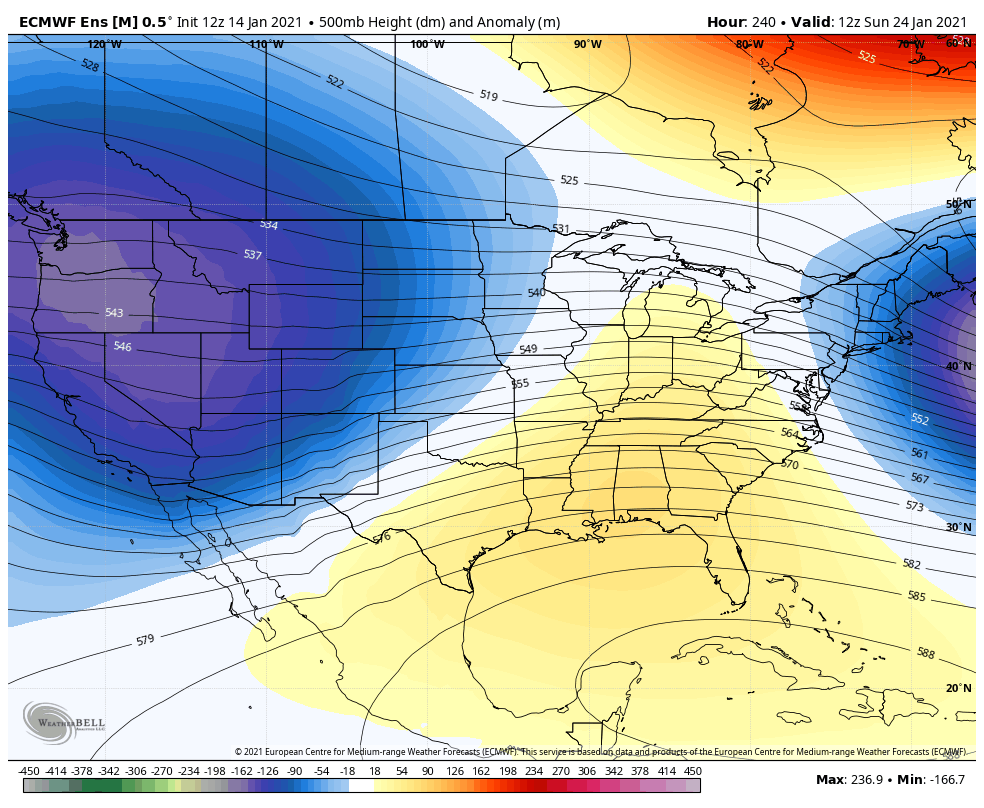 Could there be random cold intrusions? Of course. Could there still be Southern winter storms that slide across the Southeast? Again, yes. But the warmer it is, and the lack of cold air will make it very difficult for any winter storms to dig deep into the Southeast U.S. There will still be high-latitude blocking taking place over Greenland, so we are not giving up on snow just yet. February is actually the snowiest month here in Charlotte, so there is no telling what will happen with any winter storms.

We are just showing what the overall pattern will likely be for the rest of this month, and accurately and truthfully as we can 🙂