Just what snow lovers want to hear, an abundance of cold air for January. It will certainly be around, as the pattern right now reminds us of December 2002. Now will there be an exact match for storms? Of course not, but we can use January 2003 to set the stage given our calculations.

Many Alberta Clippers and cold snaps snarled the Mid-Atlantic, and any snow or slush that remained froze overnight in areas such as Philadelphia and the suburbs. Down into the Southeast, this could spell trouble as far as icing and more than one decent southern snowstorm rolls through from the southern branch of the jet stream. 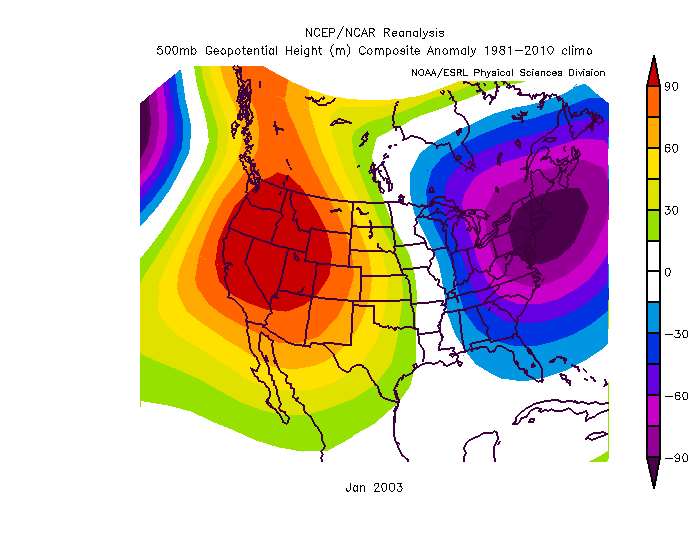 Check out the forecast height anomaly pattern below (such as the anomaly shown above)  to begin January 2019, and notice the stunning similarities. 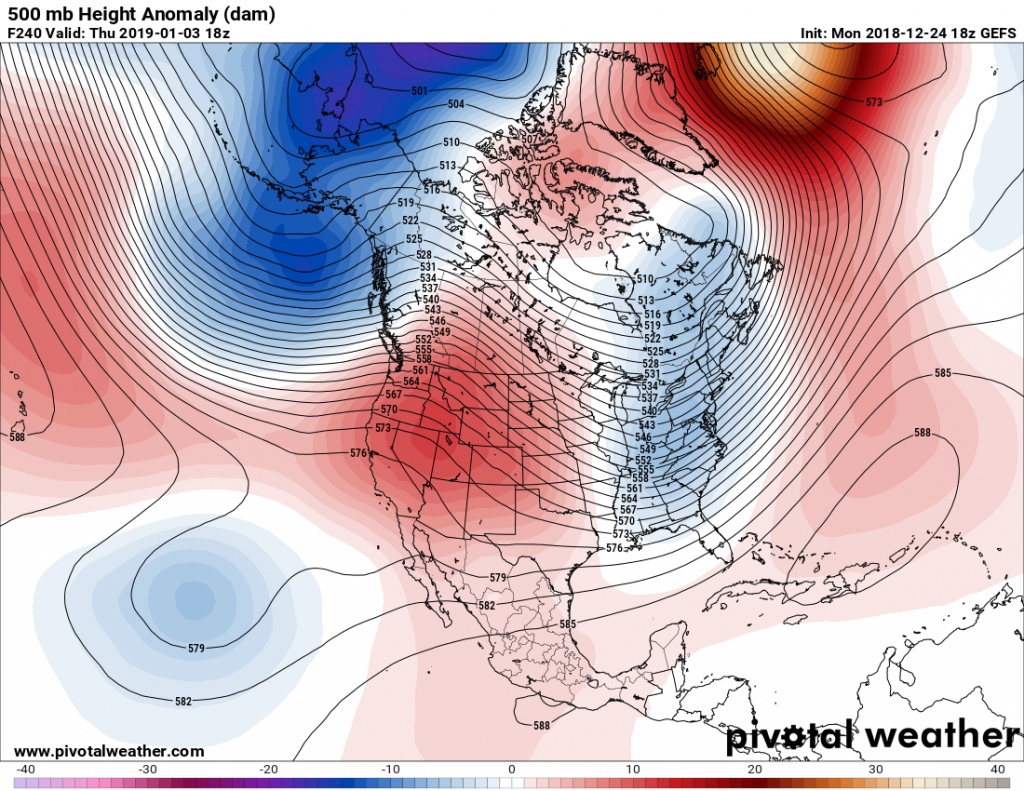 How cold was January of 2003 overall? Just a tad chilly…. 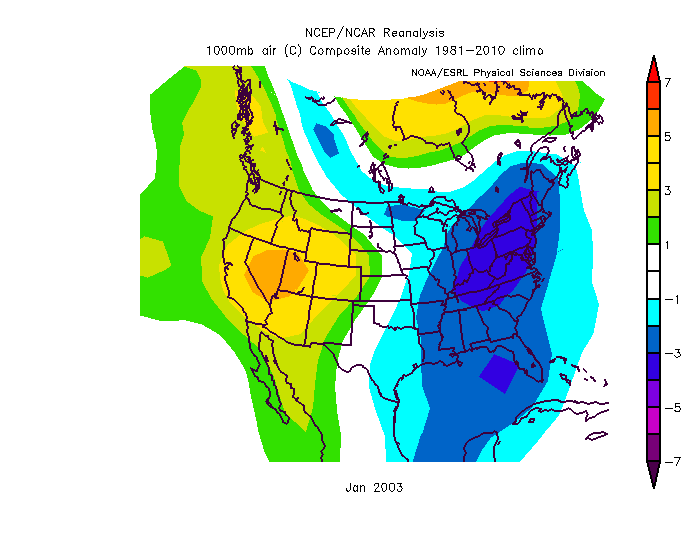 The overall takeaway for January 2018 is cold, with frequent storms.