Taking a look once again at the three major global forecast models, we are searching for some kind of trend or agreement. Hurricane Irma is still a considerable amount of distance and time away from the US, if she even decides to make a strike. There are many factors at play in the atmosphere over the Atlantic Ocean, and those factors will help steer Irma. As of right now, early Saturday morning, Irma has taken a bit of a more westward track, which is, honestly, a bit alarming.

The GFS has a close call with the East Coast, and an impact near Southeast Virginia. HOWEVER, this is not likely, since hurricanes don’t typically make a direct impact somewhere without turning first from a lower latitude.

GFS around the 10th: 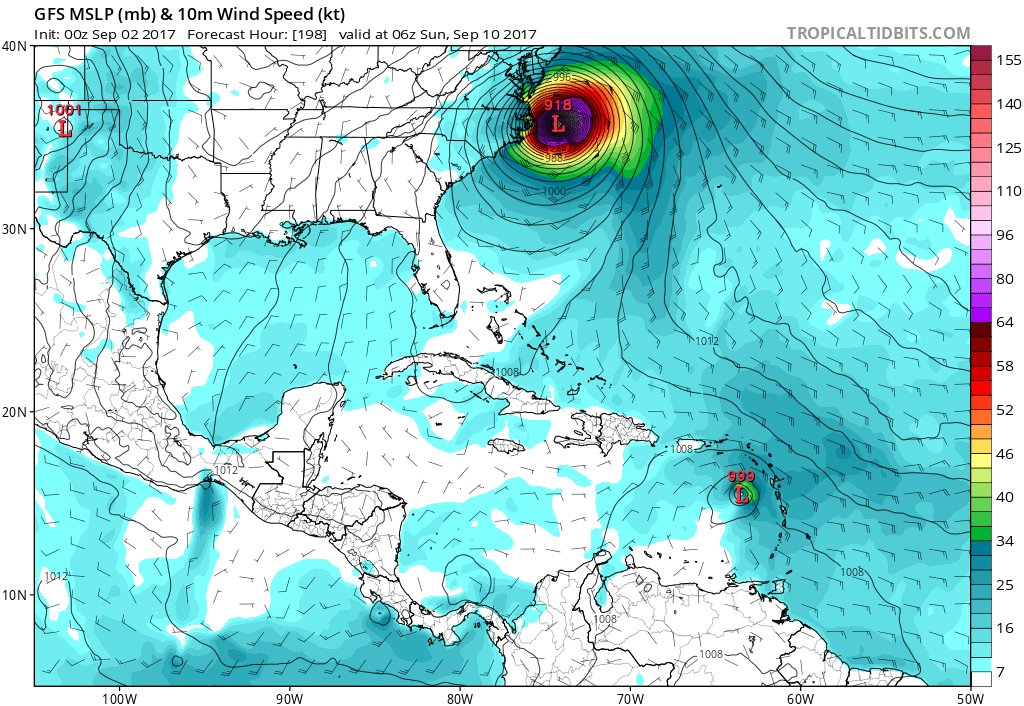 Next, let’s take a look at the Canadian. This model has Irma making a hit over Bermuda, which would not be good news for them. Then, Irma comes close to the US, but is then kicked out to sea, possibly by an upper-trough. The Southeast US would be spared. The Canadian does sometimes perform a bit better than the American GFS.

This is the Canadian around the 12th: 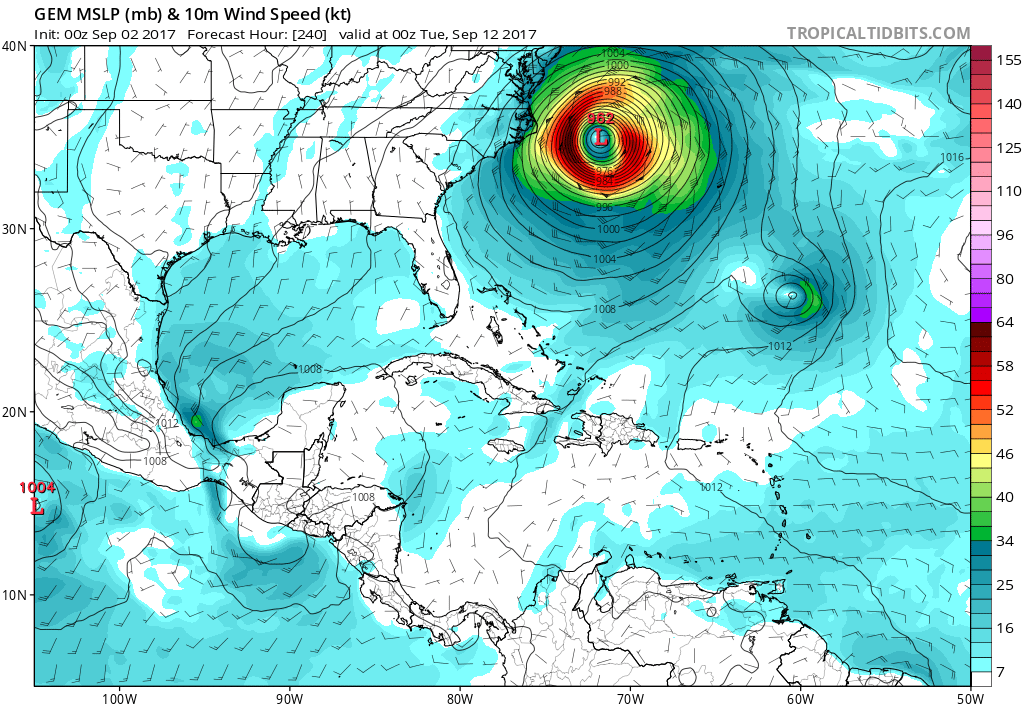 Next, let’s take a look at the almighty Euro. This model is not perfect. It has trended a bit farther west than it’s previous run. This would be a catastrophic hit to the Southeast. Also, the Euro has Irma wreaking havoc with the Bahamas. 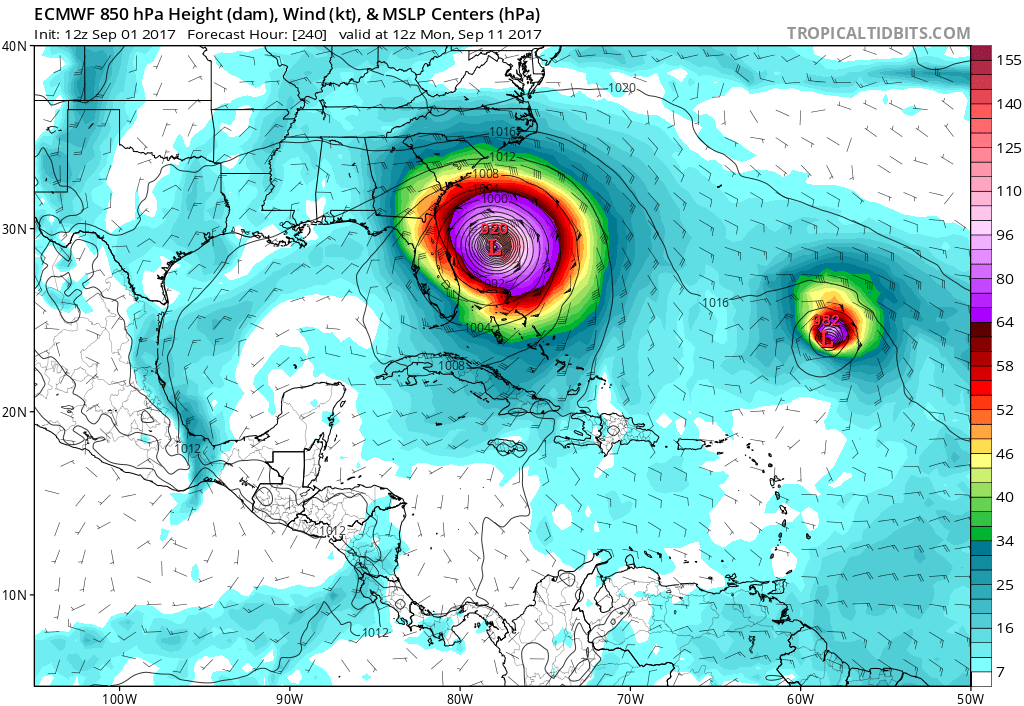 Make sure you sign up for our premium services so that you can stay in the loop and learn more! Link: https://carolinawxauthority.com/subscription-options