Some were shouting “Winter Cancel” barely a week into the solstice. We agree that we have been sort of pessimistic on snow and cold chances, especially when models were showing above average temperatures for many. While temperatures will be above average into 2020, they will be short-lived as the Arctic starts to open up. Once the cold sets in place, the question is will it be transient or will it be here to stay? We are seeing evidence that there could be a warm up right after, but it is not known for sure. Either way, an active southern storm track looks to be suspicious as the southern jet stream has been active. 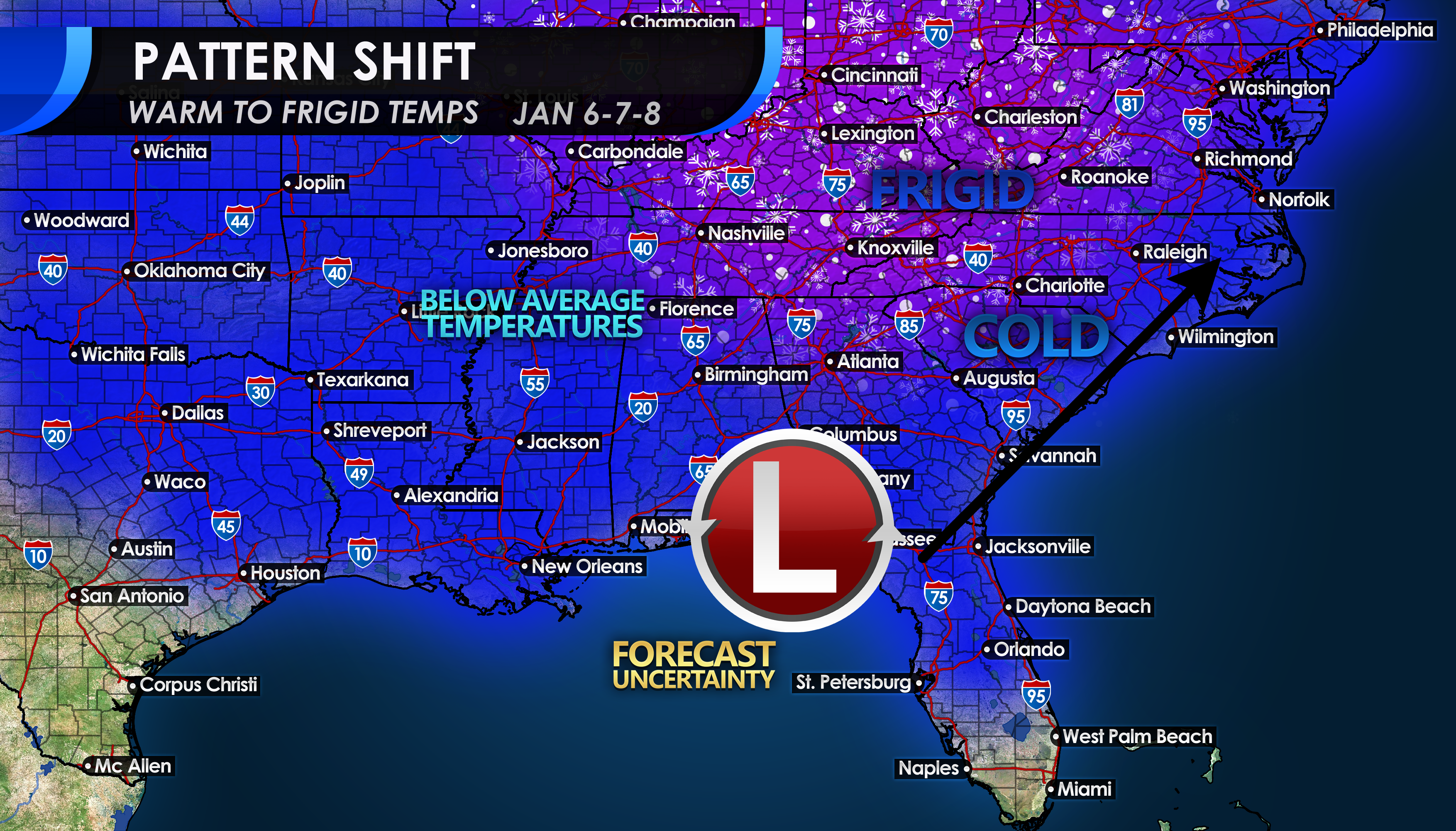 The latest supporting evidence is the EPS Euro Prediction System which is an ensemble mean, depicting cold temperatures for much of the eastern US. The core of the cold could be centered over the mountains. The timing appears to be anytime after the 6th, including the 7th and 8th when we are expected to receive our coldest temperatures from this pending outbreak. 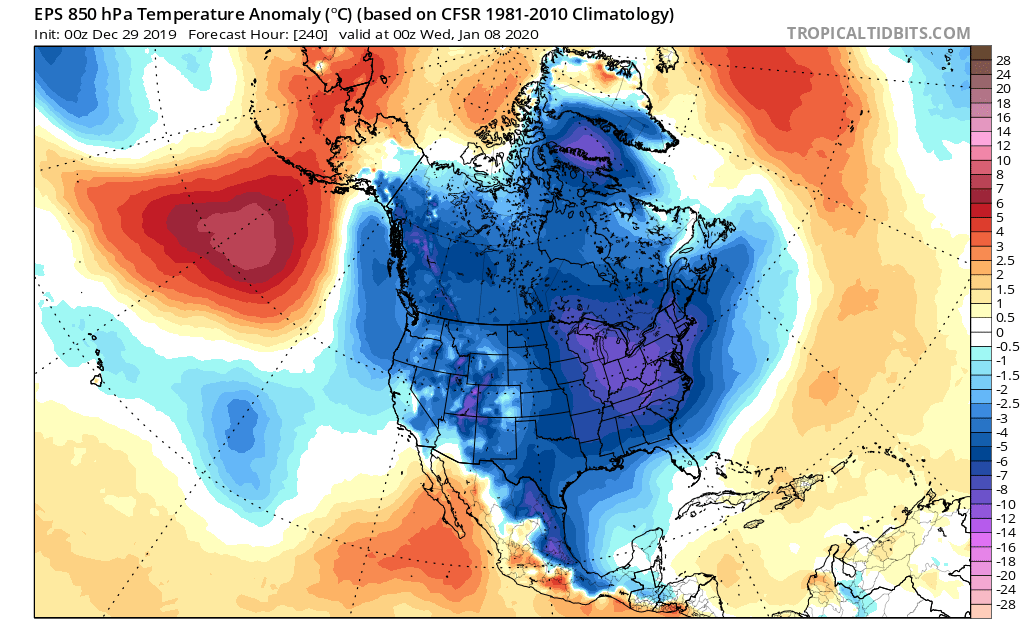 The hi-res Euro is showing a reinforcing cold shot of 10s and 20s spilling into Texas on the 8th and 9th after our initial warm surge here in the East on the 7th. It is not known if those temperatures will make it all the way to the East Coast. But if they do, the initial cold burst may not be as transient as first thought. 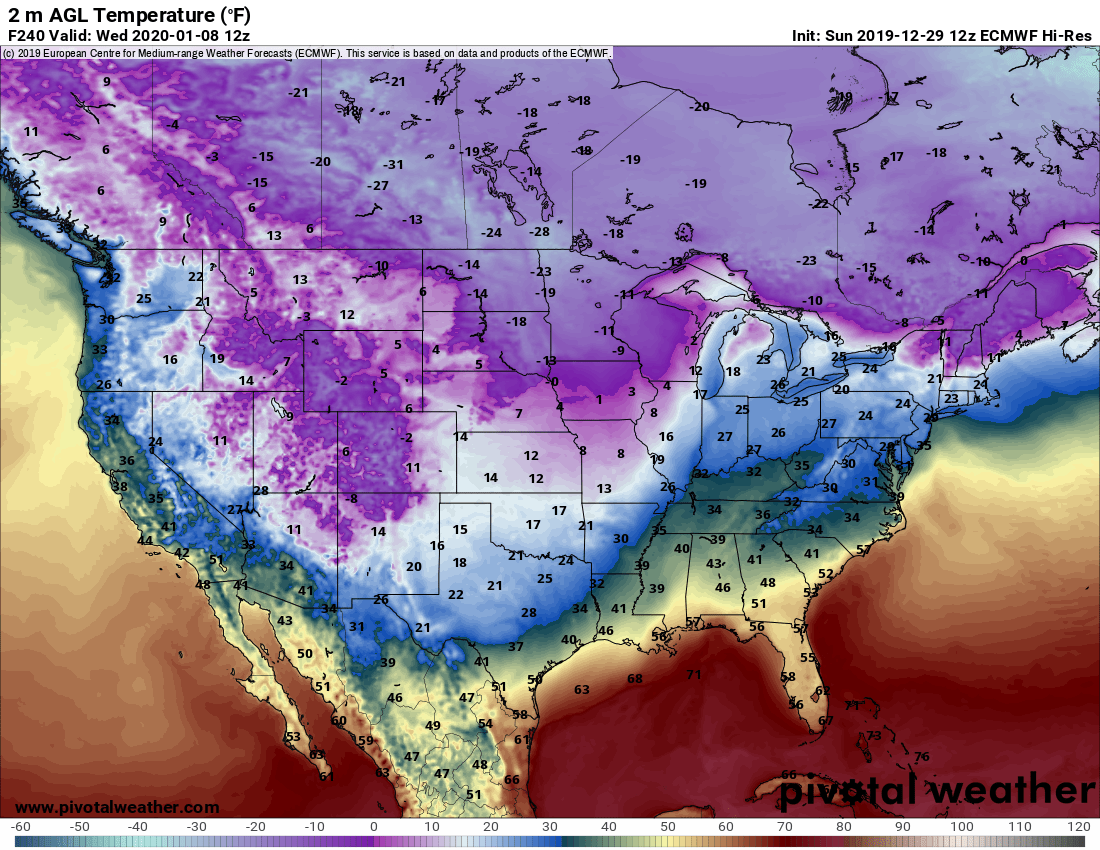 Will there be snow associated? That is one question that is too far out to answer with any certainty. While we do need cold air for snow, the timing of the arrival of moisture would have to coincide with the coldest air. It is certainly a trend that we will be watching for in the coming days.

In the meantime, “enjoy” the warmer temperatures for New Year’s Eve and New Year’s Day since they will not be around long into 2020 after the first week.