As if the upcoming holiday is not spooky enough, we have a scary situation for parts of the East Coast at hand. New England could be getting a significant coastal storm this weekend, and NYC could be in the path.

A powerful cold front will move though, and the wind will pick up. Gusts to 40 mph are certainly within possibility. We may have to watch for storms if it gets warm enough just in case. Heaviest rains will be eastern NC and northward along the coast.

Snow in the mountains, cold and blustery northwest winds, and rain elsewhere, not so much reaching more southern areas.

New York City could be in the path of whatever tropical system in the Caribbean decides to ride the front northward. Hopefully it will be away from land. And that is another possibility, so there is a bust potential.

However NYC and coastal NE need to be on alert for a powerful nor’easter.

Below is a summary of what you can expect for your location this weekend. 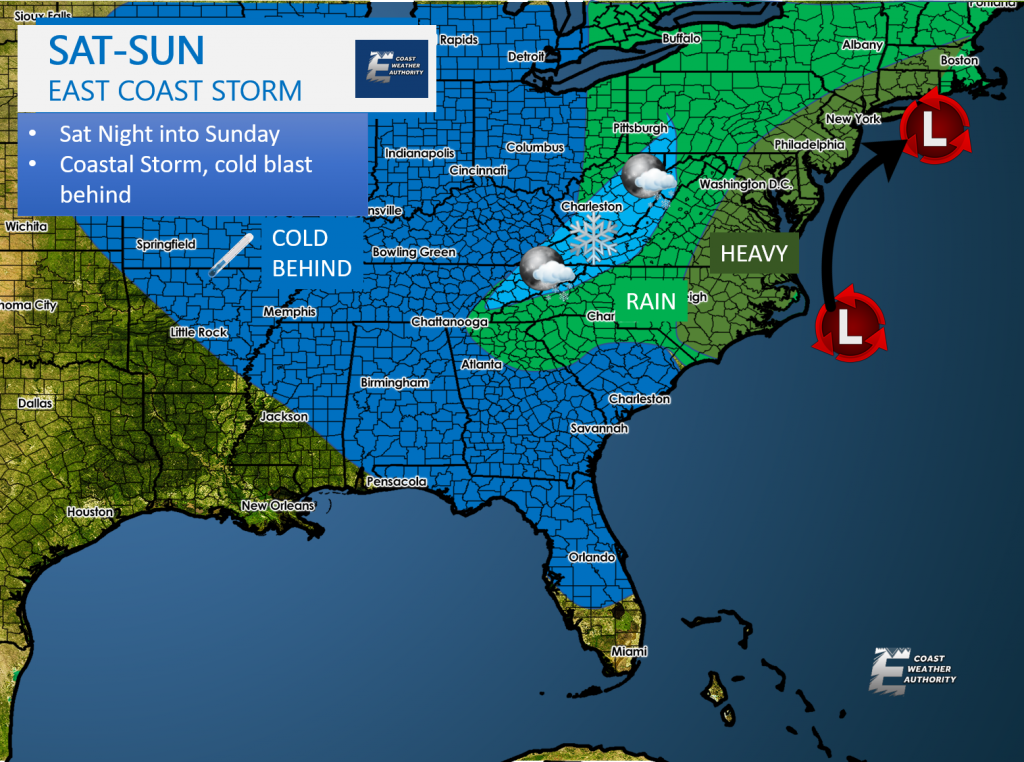 After this storm system exits, we will be COLD. The coldest air of the season will move in, causing upslope snows in the mountains from NC to PA.

Enjoy the cold if that is your thing. For now, we watch for the formation of the tropical system and the front after it moves through. Also if you are on Mid-Atlantic Weather, you may follow East Coast Weather Authority instead for now, since updates are essentially more frequent on this page. Also we have the same admins as well.