It’s important we get right to the facts, as there’s now a chance of rather substantial snowfall. Where you ask? 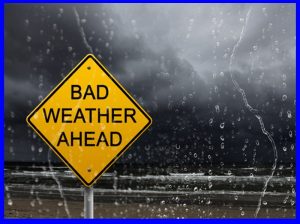 Rhode Island and Southeastern Massachusetts…. the forecast is changing rapidly and it’s time to be on alert!

Prior to the Sunday afternoon model runs, almost every model was calling for a dusting to an inch of snow in Southern New England. The 18Z NAM, 12Z CMC, 18Z GFS all called for a bump in snow totals. Timing is the interesting item, as all three models have different solutions. The 18Z NAM calls for snow to begin Monday evening, throughout the night, and ending before daybreak on Tuesday. The 12Z CMC calls for rain to switch over to snow, starting Monday late evening, and lasting until late Tuesday afternoon. The 18Z GFS, the model calling for the lightest accumulation amount, has snow beginning late Monday evening and lasting until early Tuesday afternoon.

How much will we see in these areas? 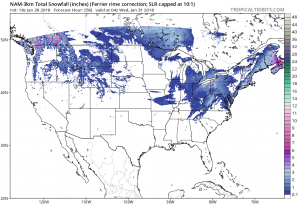 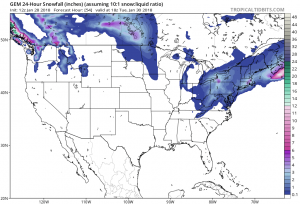 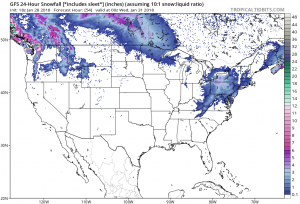 NAM/CMC are currently more aggressive… while GFS is trending lightly.

I think 2-4 inches is a pretty good amount to go with until we see something different.

What do you think? Share with your friends and family!