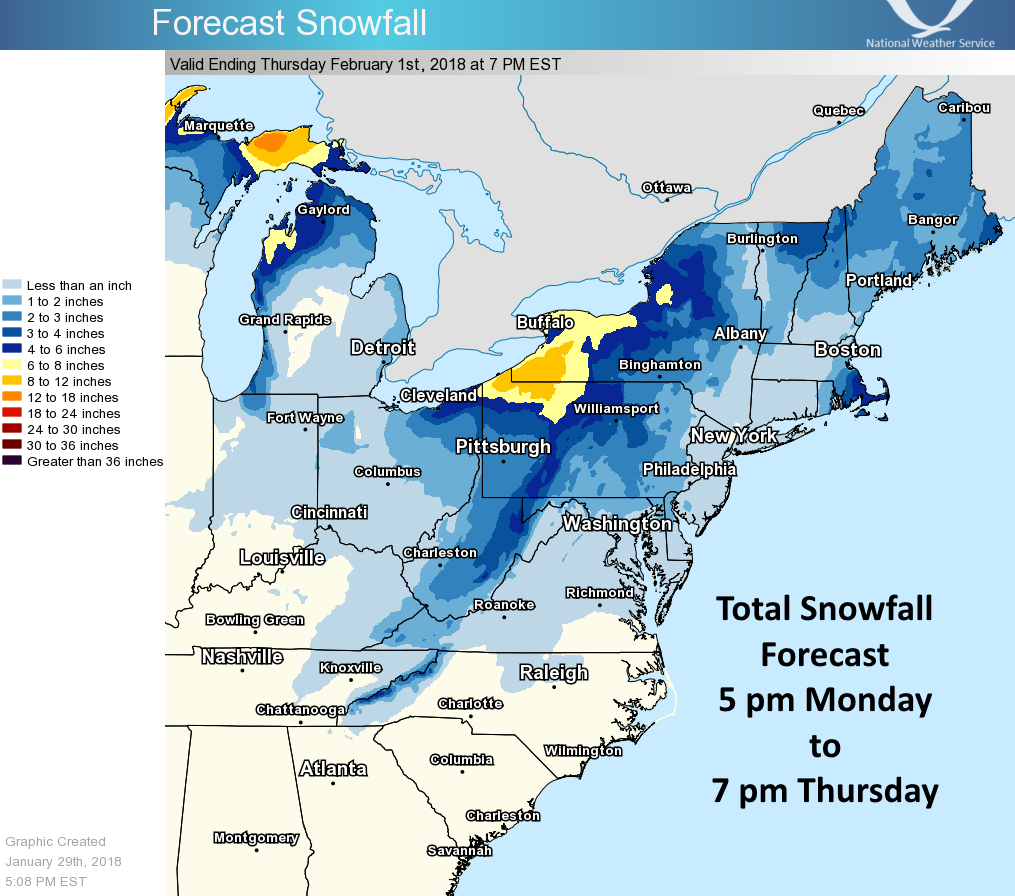 Generally light snow accumulations are expected into Thursday, ending by 7pm. The heaviest amounts are expected to be in the mountains of PA, NY, and into WV and NC. Any higher elevations may receive locally higher amounts.

Southeast Massachusetts and even some portions of Rhode Island could see a quick 4 inches or so, otherwise lighter amounts are expected. This is not going to be a Nor’easter, thus the light snow amounts.

This system is expected to end by 7pm Tuesday, and it will get windy and much colder behind this departing storm system. Bundle up if you head out! Also Wednesday morning, expect very cold temperatures as you head out to work.

Model forecast amounts from the NAM 3km are shown below. 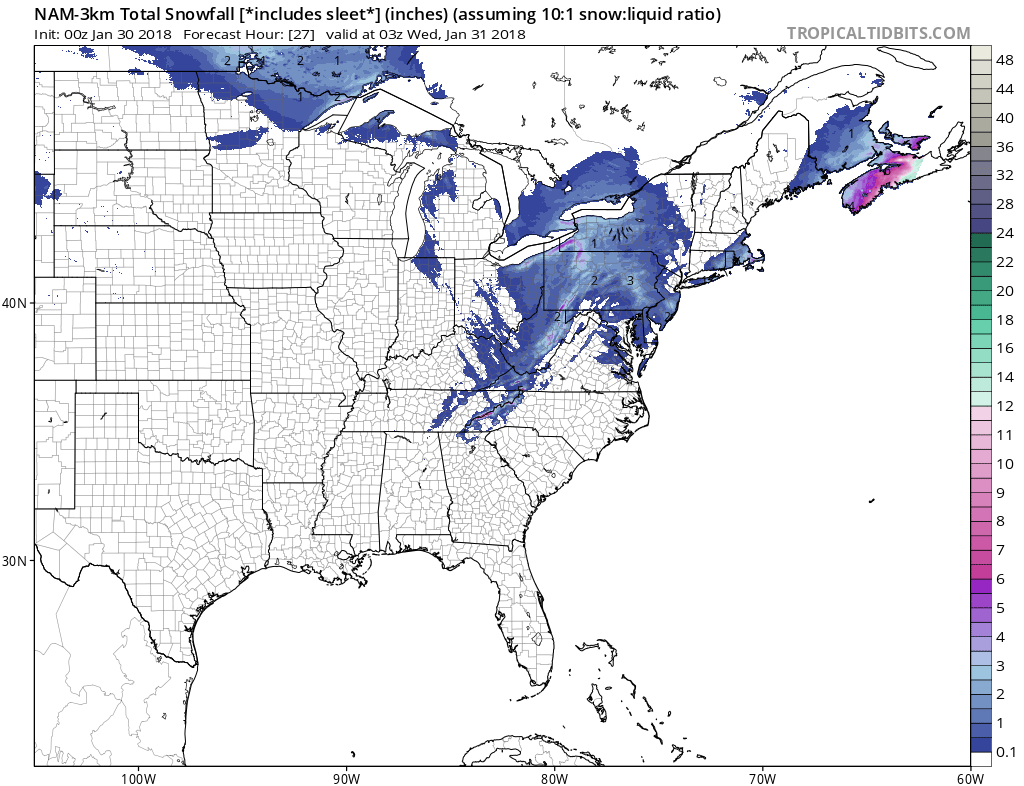 Take care if you are out tonight and especially during the Tuesday am rush. Stay tuned as we will be discussing the potential for another winter storm this week!