Big story over the past few days has been the next chance for snow in the south, this does include Washington D.C! More snow is on the way for the Mid-Atlantic and parts of the Carolinas. A system will get its act together today, just East of the Rockies, and set its sights on the Mid-Atlantic and bring heavy snow to some locations.

Right now, our next big weather maker is beginning to establish itself in Colorado. This system will strengthen and move east across the Great Plains and into the Southeast. For a snowstorm though we need cold air, so where are we getting the cold air from?

The cold air is coming from a massive block that is located in Canada. This strong blocking high will also be responsible for not allowing this storm to move up the coast. Instead, our storm will move east, and as it moves east it will drag down the cold air from the north and bring snow to many areas in the Mid-Atlantic. 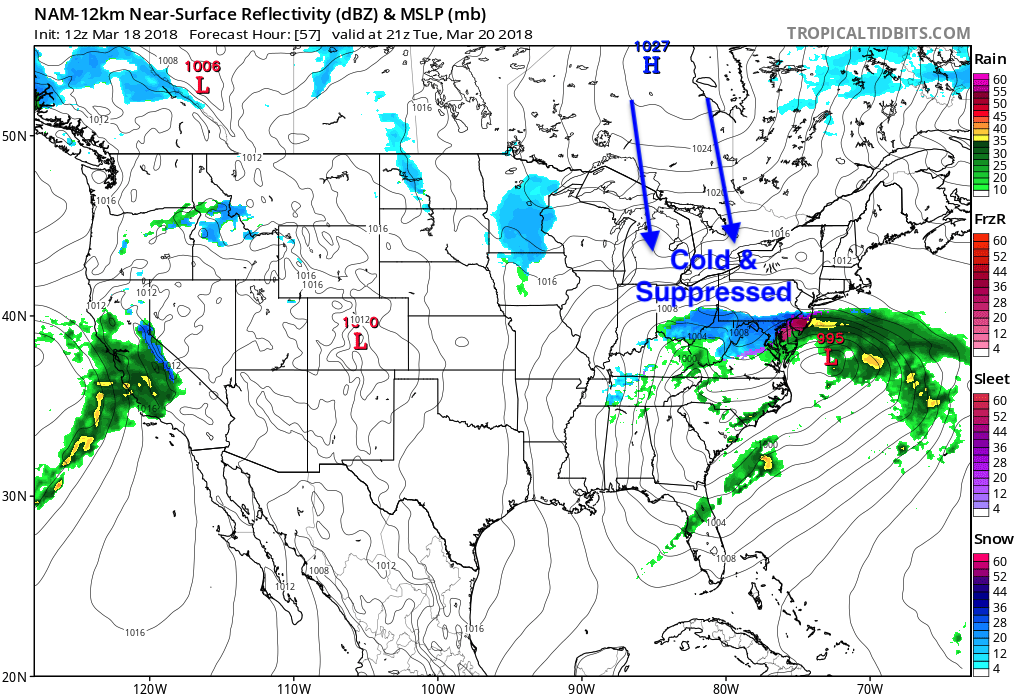 Due to the block, cold air being ushered into the Mid-Atlantic, and the plentiful moisture available, some locations may see up to a foot of snow. 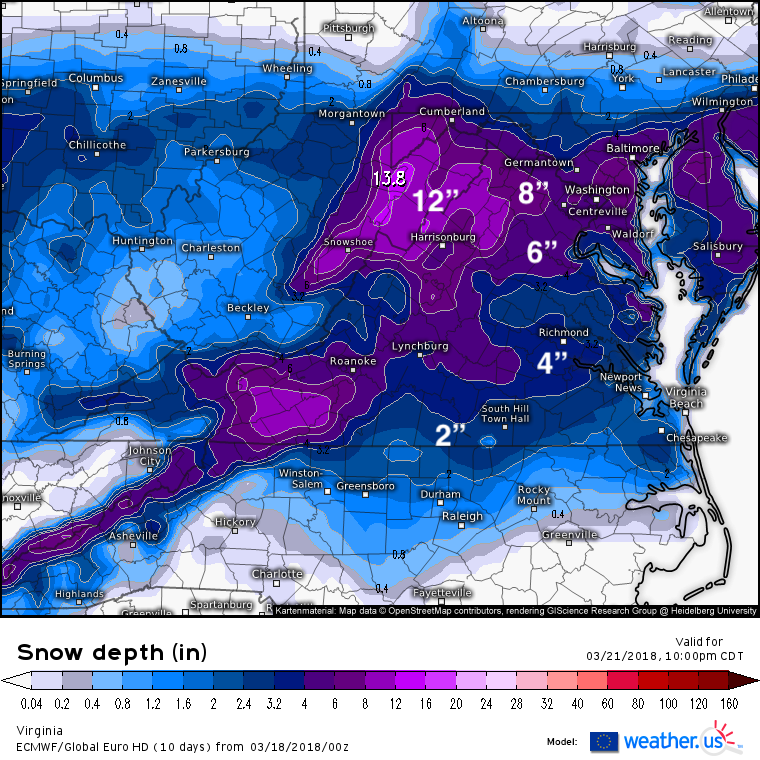 Many more details are to be sorted out over the next day as to exactly where the rain/snow line will set up and how much snow is expected to fall. Stay here with us at East Coast Weather Authority as we let you know the details as soon as possible!