Sometimes the most unwelcome news is common, and it seems as though NC can not catch a break as far as worrying. Although 98L has NOWHERE near the intensity that Florence did, the biggest threats will be enhanced shower and thunderstorm activity along the NC coast this week. Fortunately, the heaviest rains may not ravage the already flooded areas. The heavy rains may be more east over the Outer Banks. This system is not expected to be very strong, therefore our highest threat level is ‘Moderate.’ 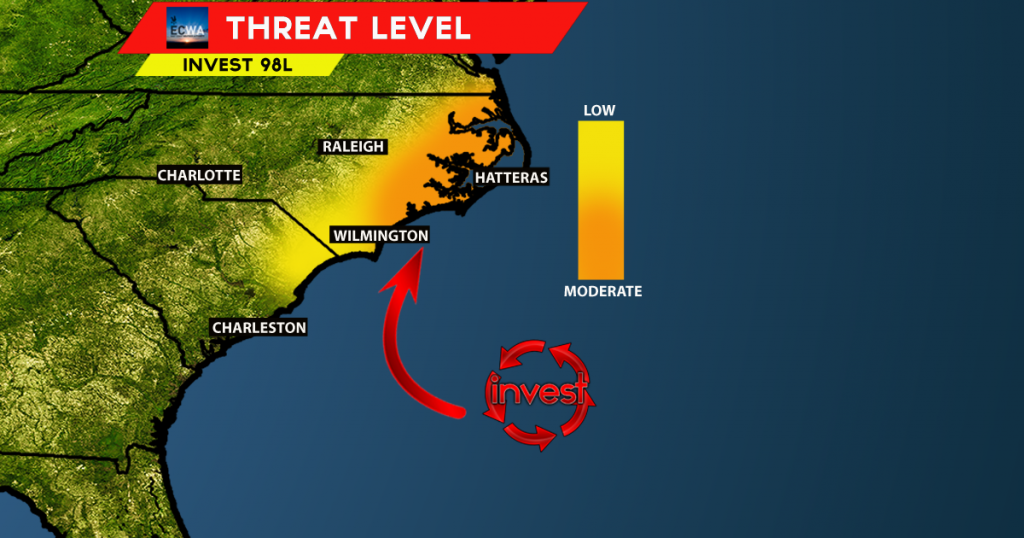 It is not clear if this disturbance will become a tropical depression or even tropical storm, but it is not expected to develop into one. Most likely 98L will retain it’s Invest status.

Models either have a brush with the NC coast or a track that will be offshore. This poses a greater threat for the Outer Banks rather than southeastern NC. 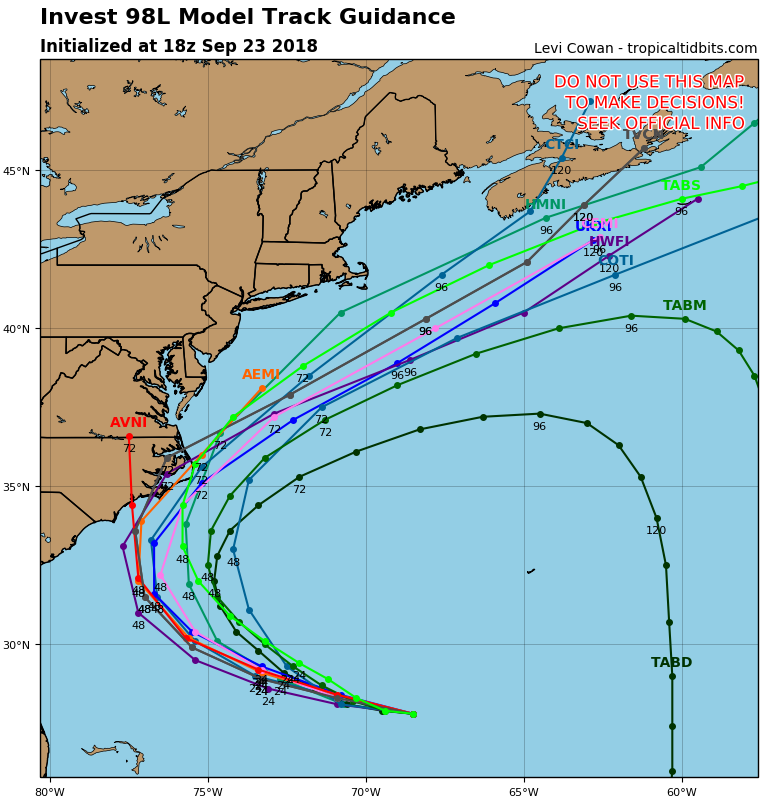 The threat is moderate in eastern NC due to the recent storm surge and flooding from Florence, and enhanced showers and storms could dump additional rain over already saturated grounds. This is something to keep an eye on at this point, as we do not expect the system to be strong if it does in fact make landfall.