NOAA is calling for above Normal temperatures in the next 6-10 days. Monday there will be a heatwave across much of the Southeast and Mid-Atlantic. Temperatures in Charlotte, Raleigh, and parts of Virginia could see highs in the upper 90s. This heat is expected to last into the middle of next week, at least. NOAA’s Climate Prediction Center (CPC) is indicating at least a 70-80% chance of above normal temperatures. This is likely due to the heat being indicated on the models. 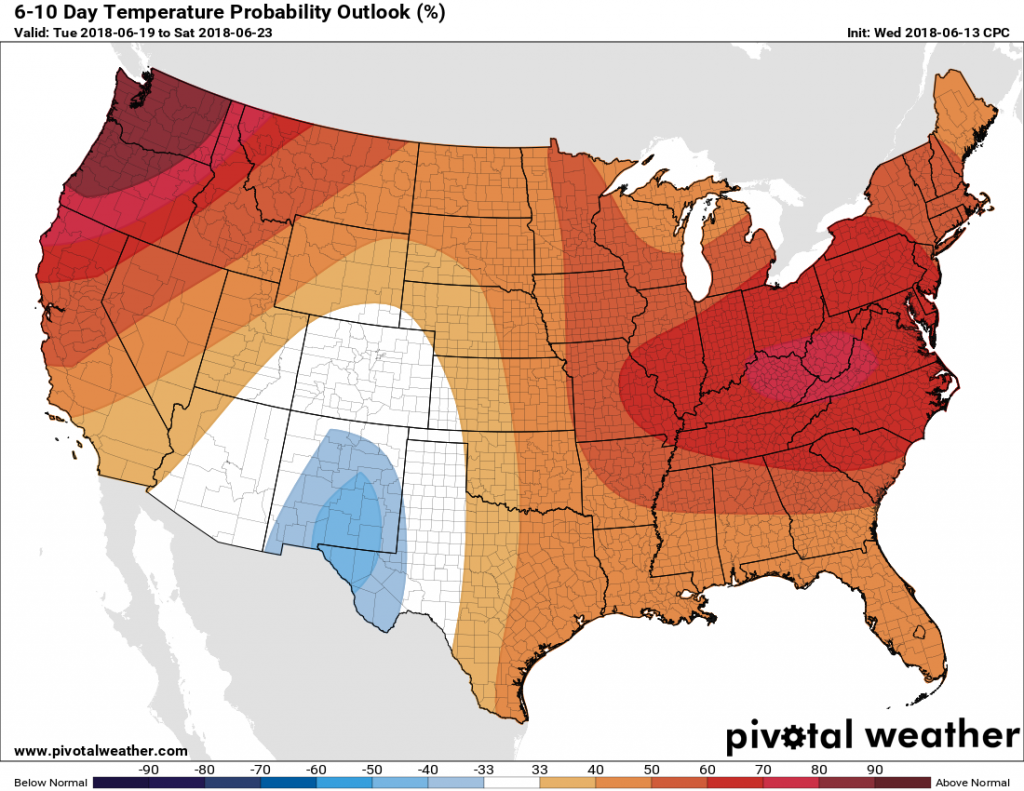 Notice the Pacific Northeast including Seattle is projected to have a heatwave as well. They have a higher likelihood of seeing extreme heat, however, temperatures may not be quite as hot there as they will be in the East.

What are temperatures looking like for the East Coast? Saturday is when the beginning of the heatwave could take shape. The GFS is predicting triple digit heat in Columbia, Charlotte, and Raleigh on Monday. Richmond is also projected to reach the triple digits on Monday. There may be some relief from the heat later next week, but it won’t be for long.

Summer is here, and it’s no surprise since June 21st is the official start. But we weren’t expecting a “blowtorch” so soon.