Many of us are wondering, when will the cold be back? Is there going to be another chance for any type of winter storm in the East? We have been watching something in the upper-air patterns, and that is a potential blocking event that starts right around March 1st. If there was anything favorable for one last shot of East Coast cold and snow, it would be during the first week of March or so.

The GEFS ensembles have a block over Greenland, which would allow for Arctic air to invade the Eastern U.S. This would also favor storms to dig deeper into the South and we all know what that means. One last shot at snow across the Southeast. 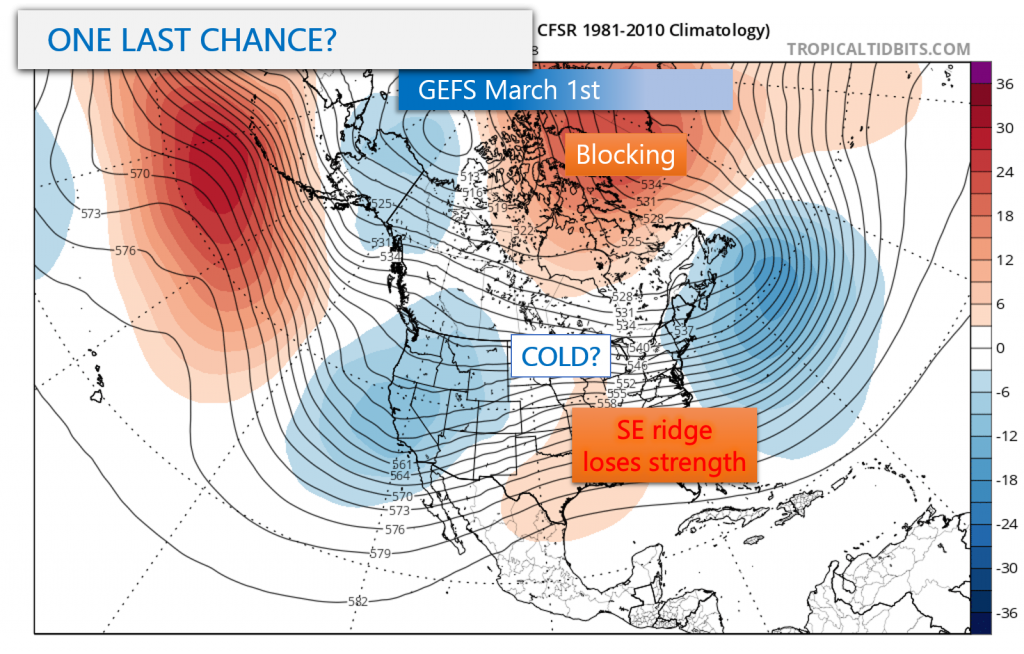 The high-latitude blocking looks to continue into March 3rd. We are not gauranteeing any type of snow event, but if there is once last chance for a winter storm this season, that stands out, this time frame would be it. 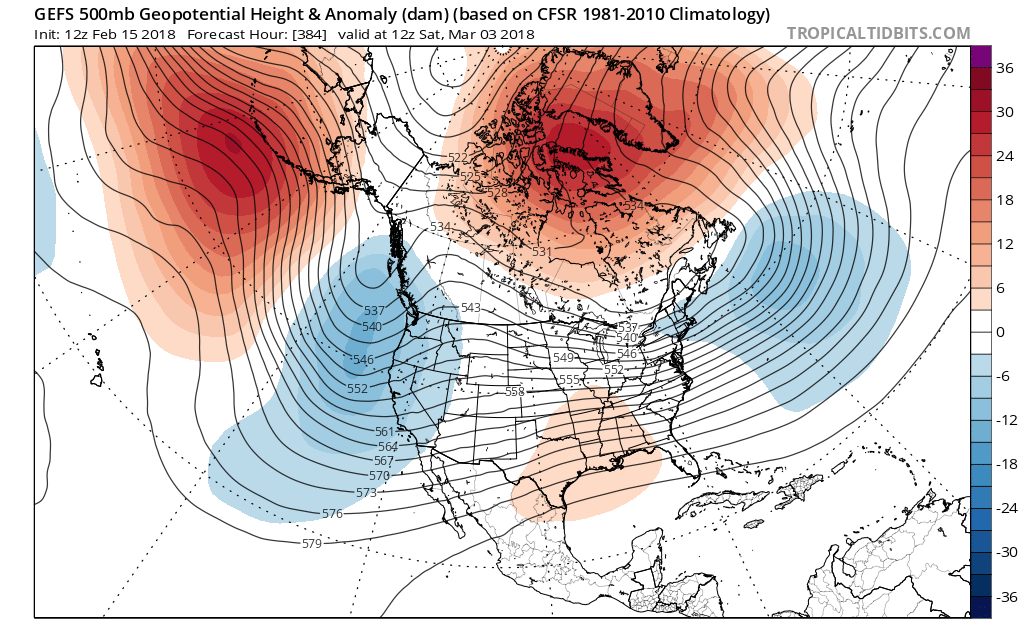 We hope that you will watch this developing pattern with us into the first week of March!