As we start to head closer to fall of 2020, winter outlooks will start to appear on your timelines. It’s getting to be that time of year where we can start making bold calls on overall winter trends for the upcoming season. Some of you snow lovers may be less than amused.

As of recent, we are official under a La Nina watch from the Climate Prediction Center, which has implications on the upcoming remainder of the hurricane season and following winter. What does this mean for both?

Let’s first discuss what a La Nina is. It is a pool of cooler than usual water along the Equator in the Pacific Ocean. This favors sinking air for that region. In turn, it promotes unstable air, or rising air for the Atlantic Ocean and Gulf. This is a favorable environment for hurricanes, and will persist through the end of hurricane season this year. We will likely have to use the Greek Alphabet to name storms.

Now what about the upcoming winter? Well, we have some bad news for snow and cold lovers.

For the Southeast US including the Carolinas, warmer and drier conditions are expected to persist. This would mean that some days could approach record-high temperatures in January or February, and a ridge of high pressure over the Southeast US would cause drier than normal conditions.

Warm days this winter will likely be the story once again, as indications point towards well-above average temperatures for the entire season for the Carolinas. South Carolina can expect to see some very warm days this winter, almost spring-like at times. Much of eastern and southern NC can expect to get in on the almost non-winter like temperatures this year. Farther north, above average temperatures are still expected, which will keep a limit on snow, but not completely snowless. 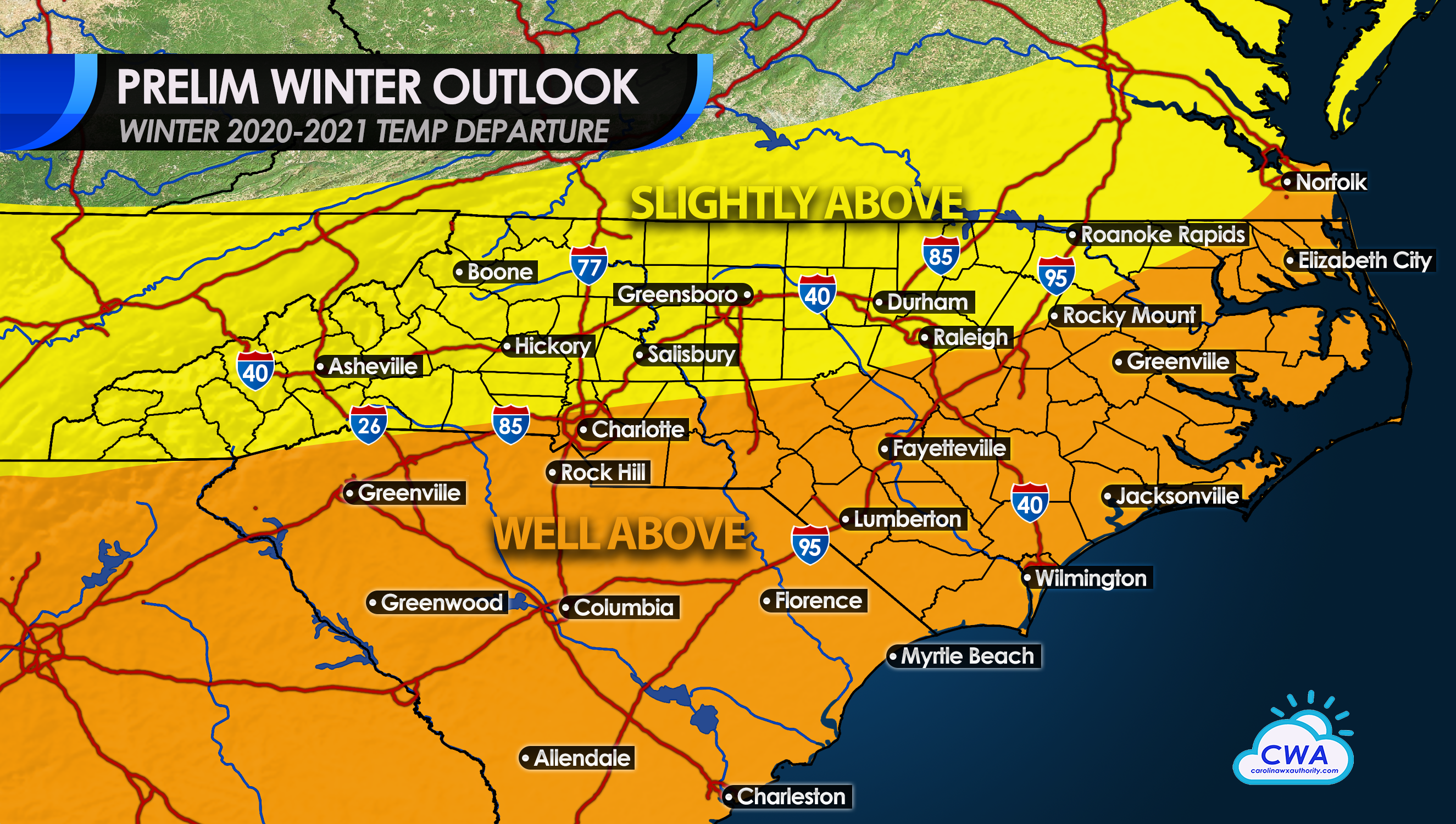 So what about overall snow amounts? It’s impossible to predict exact amounts, but we can look at expected trends. Anyone in the green can expect to see well below snow amounts this winter, as many storms that come through will mainly be rain. However, to the north, there could be some storms, perhaps two, that put down some light snow along and west of the I-85 Corridor. Overall, snow amounts are still expected to be below normal in the turquoise. 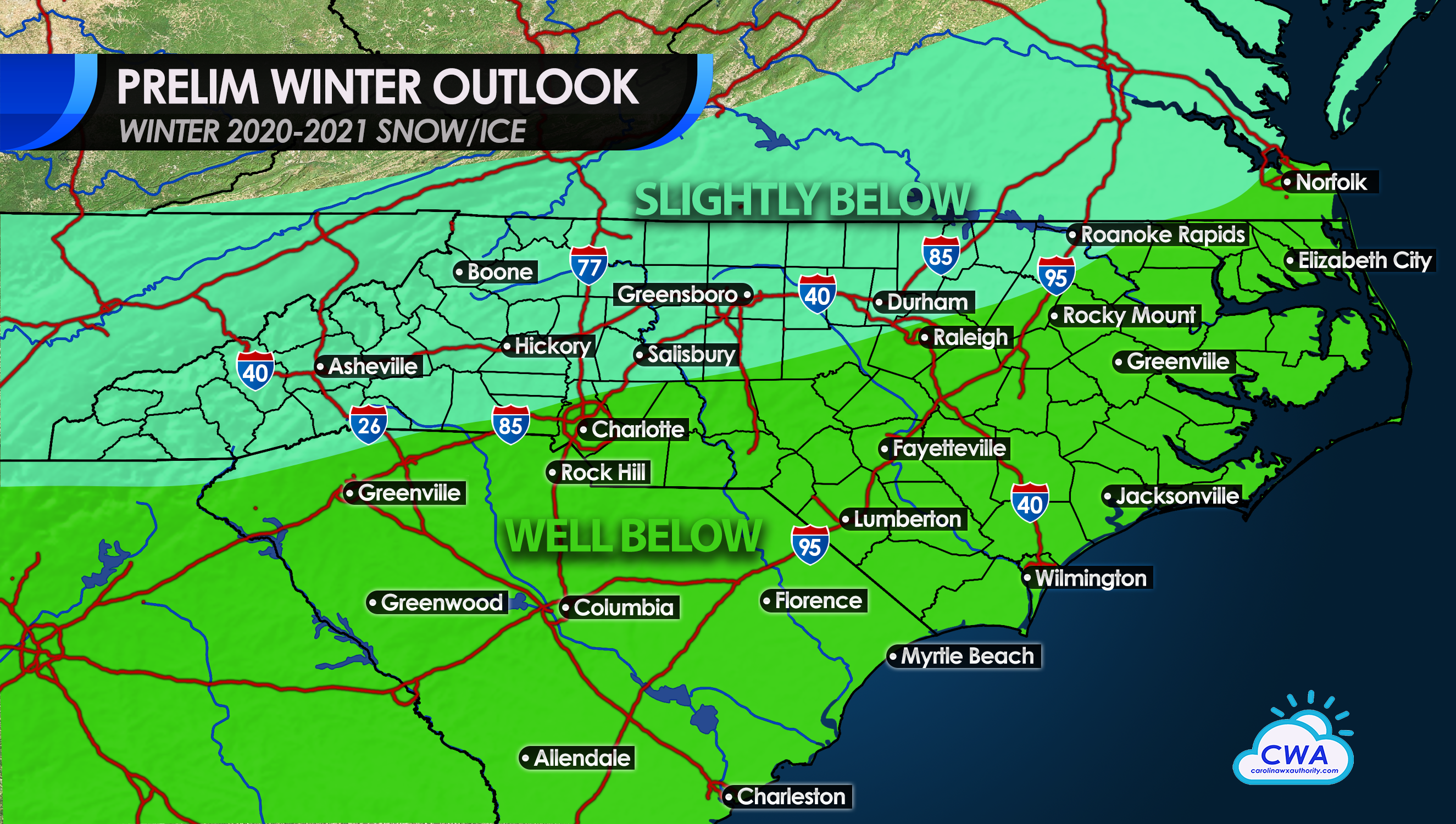 This is just a preliminary outlook and is subject to change in the coming weeks and months. For now, this seems to be the consensus.

Please stay with us here at Carolina Weather Authority!