RELIEF IS ON THE WAY

A record high of 96 degrees was set today in Charlotte, and more records could be broken this week as an intense ridge of high pressure will be dominant over our region. Even though we will all sweat fairly quickly after we step outside, a reprieve is coming on Saturday.

Morning lows could be in the 40s and 50s for many locations, with lows in the 60s down South. Latest GEFS ensemble mean is indicating a strong signal for a much cooler weekend ahead. The autumn chill will spread from the Northeast down into the Carolinas on Saturday and Sunday.

Some frosty mornings could occur on Sunday in the mountains, where it will be colder, and the air will be still. Some locations such as Boone could see lows in the 30s, as could other mountain locations. Highs during the day may not get out of the 60s, which would make for some 30 degree cooler temperatures compared to recent times. It appears, however, that the warm temperatures could return during the second week of October, but may not be as extreme as the recent and upcoming heatwave. 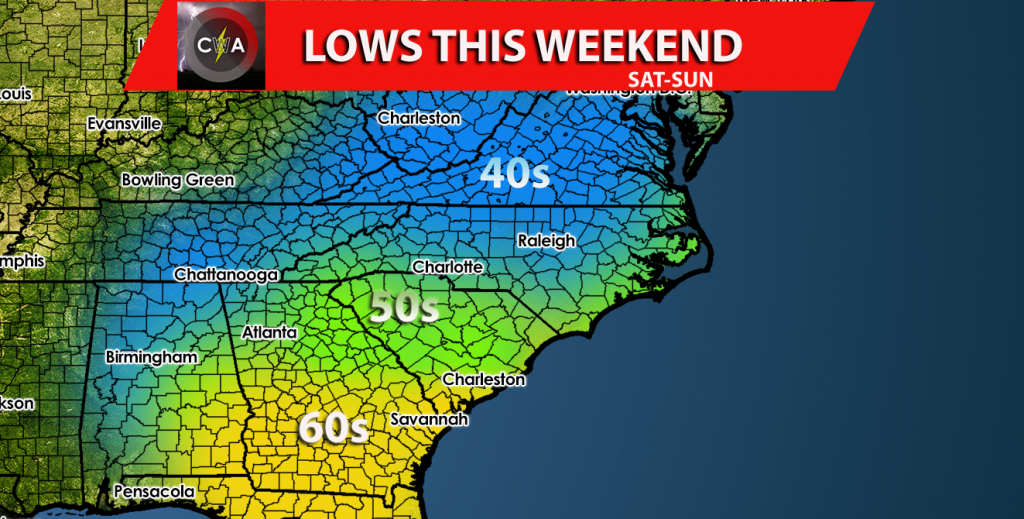 Stay tuned as we will bring more details if things change!