Not everyone will see snow this go-around. In the South, especially in the Carolinas, it’s hard to get a flake at times. This will likely be another one of those storms where our friends to the north get accumulating snows, but us down here in the Carolinas see mainly rain. The setup is not ideal for a major snow for us. The energy moving in from our west on Wednesday is kind of strong, but it’s not digging far to our south to allow enough cold air in.

Instead, the mountains and up into Maryland and PA are looking at the best chances for anything to stick. That doesn’t mean that eastern VA, minus SE VA, and other parts of the Mid-Atlantic wont’ see anything stick, but it won’t be more than a dusting. Still, details are a bit fuzzy since the storm has not formed yet.

Below is currently what we are expecting for later this week. 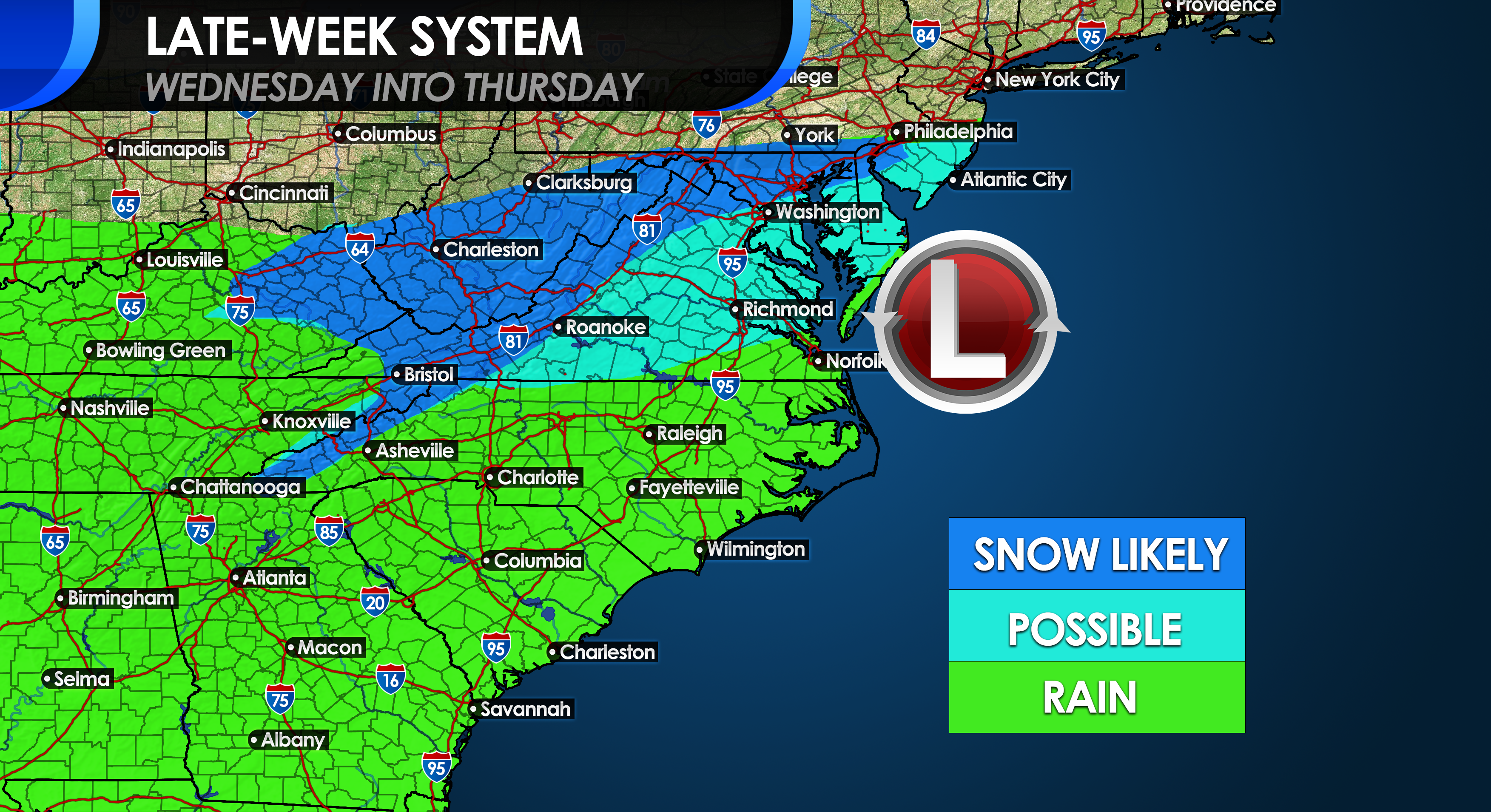 A cold rain is likely in store for NC and SC, and SE VA. Across the VA Piedmont, expect mainly rain to start but it could end as snow on the backside as the storm exits. The mountains are really the only locations that have the highest chance of seeing accumulating white stuff.

This is a suppressed storm system, and is expected to move quickly, therefore don’t expect a major winter storm. Instead, it’s likely the results of many busted model forecasts, once again.

We want snow! Don’t get us wrong. But we also like being accurate. Please invite your friends!