The last time the South had significant snow was in early December, and winter had not began yet. Now that we will be almost into mid-January, and not much has happened since then except for a TON of rain. And now, we may get a timeframe when cold air and upper-energy and moisture could both come together this weekend. 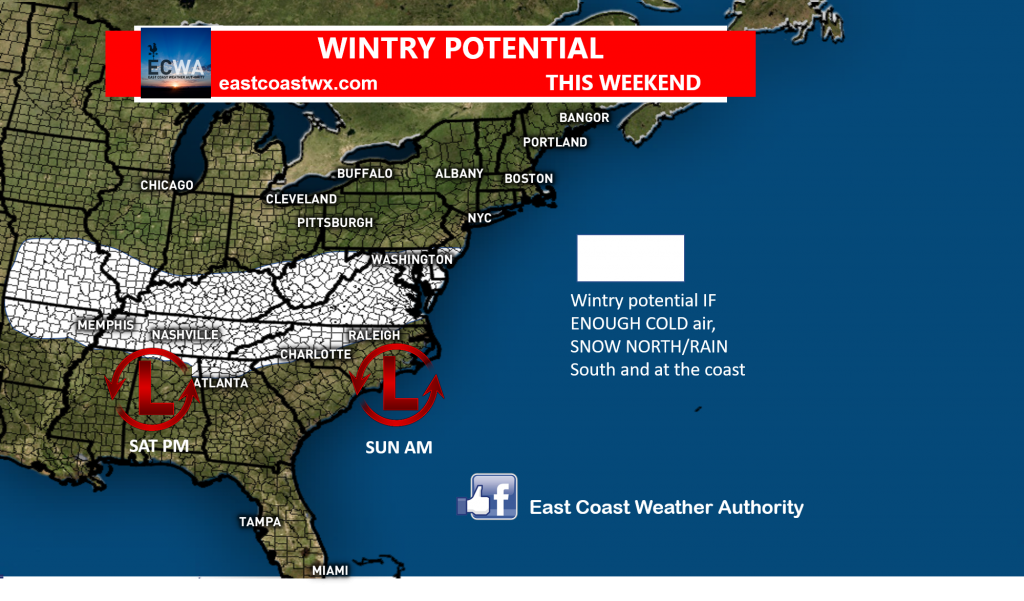 The energy arrives in the southern jet stream Saturday and Saturday night, and then works its way offshore by mid-day Sunday. The FV3-GFS is the most enthusiastic on total frozen precip accumulations: 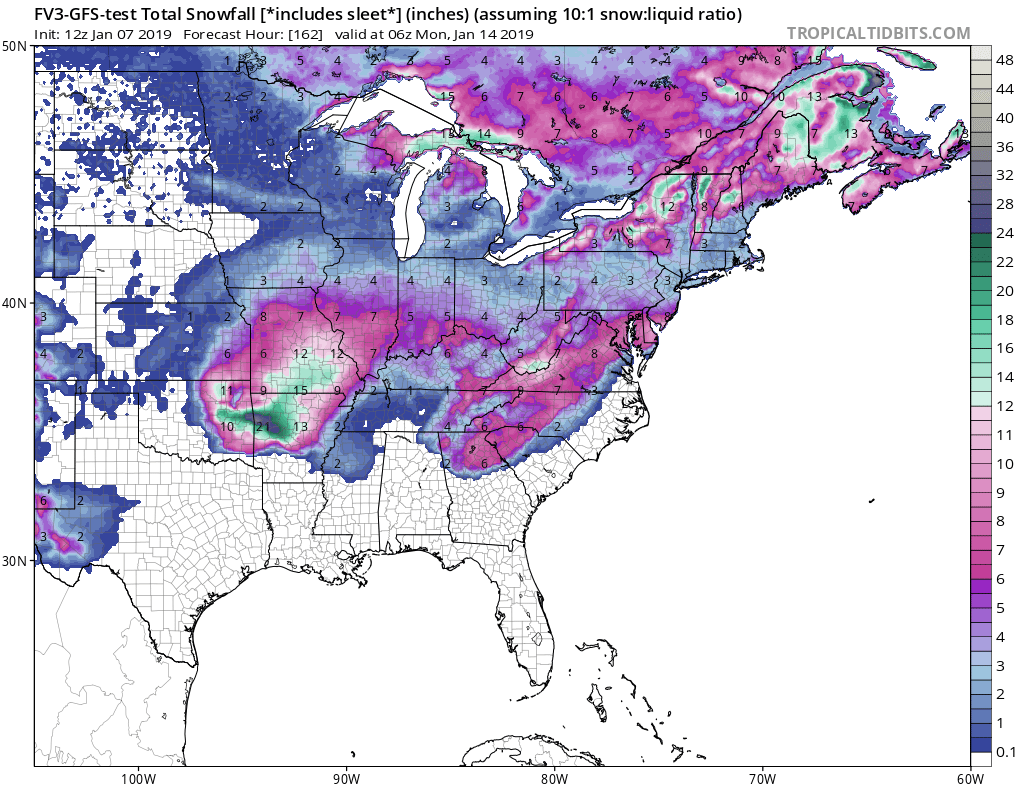 The GFS is not quite as bullish coverage-wise, but has frozen precipitation for most of NC’s northern and western zones. This almost looks strikingly similar to what happened back in December. Close. 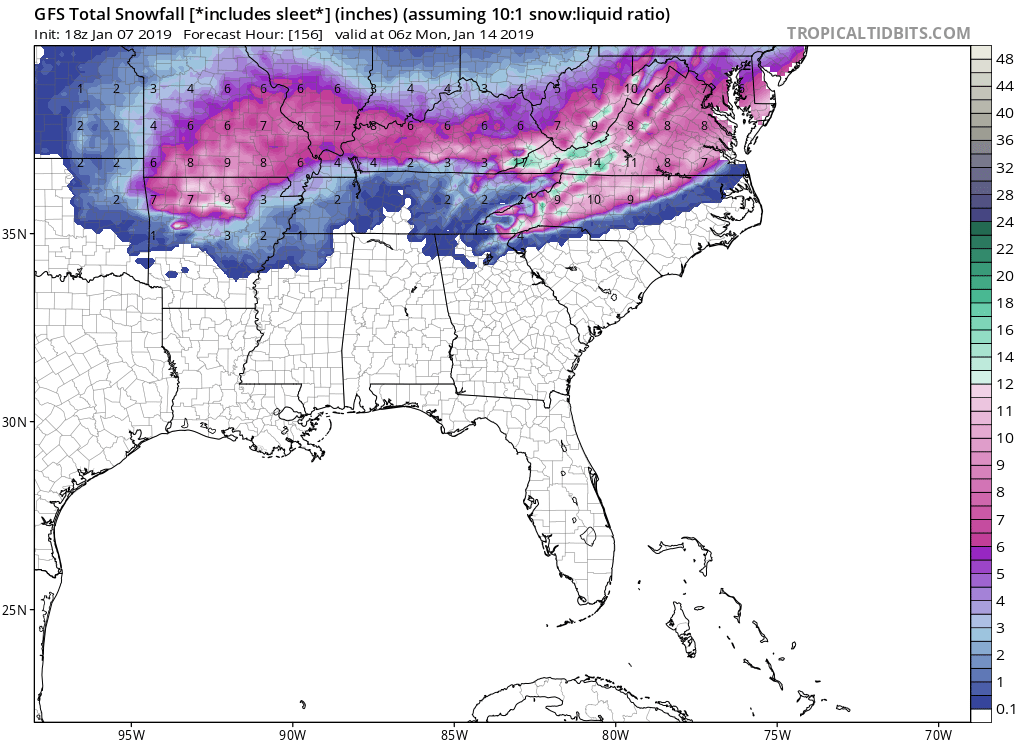 Finally, our Canadian weather friends think the same coverage as the GFS, but amounts may not be as much, but this always changes the day before the event. 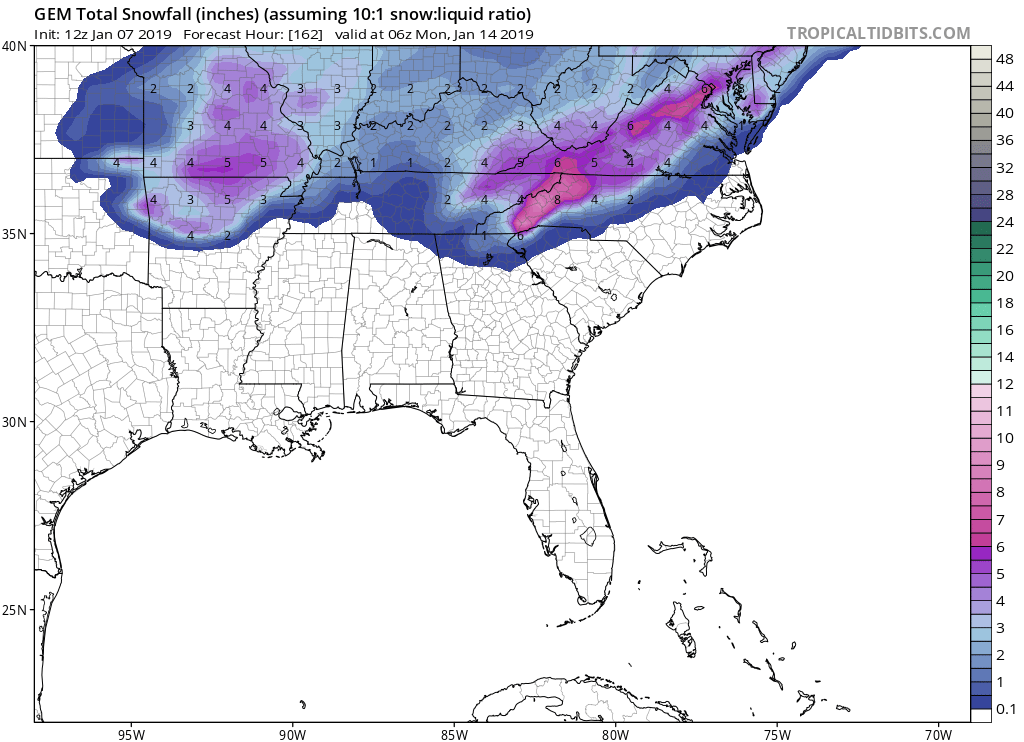 Timing is Saturday and Saturday night into Sunday, the 12th and 13th.