What I am seeing on the models I don’t like too much. A huge “heat dome” or ridge of high pressure will swallow up much of the country around the 4th and even beyond.

The Euro below shows the enormous area of high pressure which is going to be the center of the heat. How long will the dome of heat last?

After the 4th, the heat bubble translates westward,  and will bring extreme heat out West and especially to the Desert Southwest. Watch for record high temperatures in those locations later this week. Notice we will have yet another tropical disturbance, or sub-tropical, that will move into the Southeast from east to west. This will bring more rain to the Southeast states later this week. There will be a tropical feature, albeit weak, that will move across the Southeast on the 4th. This will bring more rain and storms, so expect 4th festivities to get wet.

There could be another tropical feature that moves onshore to the Carolinas around the 11th, but this is uncertain yet. All we know is that there will be a series of sub-tropical waves moving from west to east and onshore to the Southeast US, brining unsettled conditions from the 4th and after.

The 50omb heights and vorticitiy shown in the image above is a good way to beat precipitation forecasts. If upper-energy in the yellow is present, we can expect atmospheric instability and showers and storms as a result.

The threat for severe weather returns for our region as these features move onshore. The heat relaxes a bit as we head into Monday the 9th. Next weekend the heat doesn’t look as extreme either. 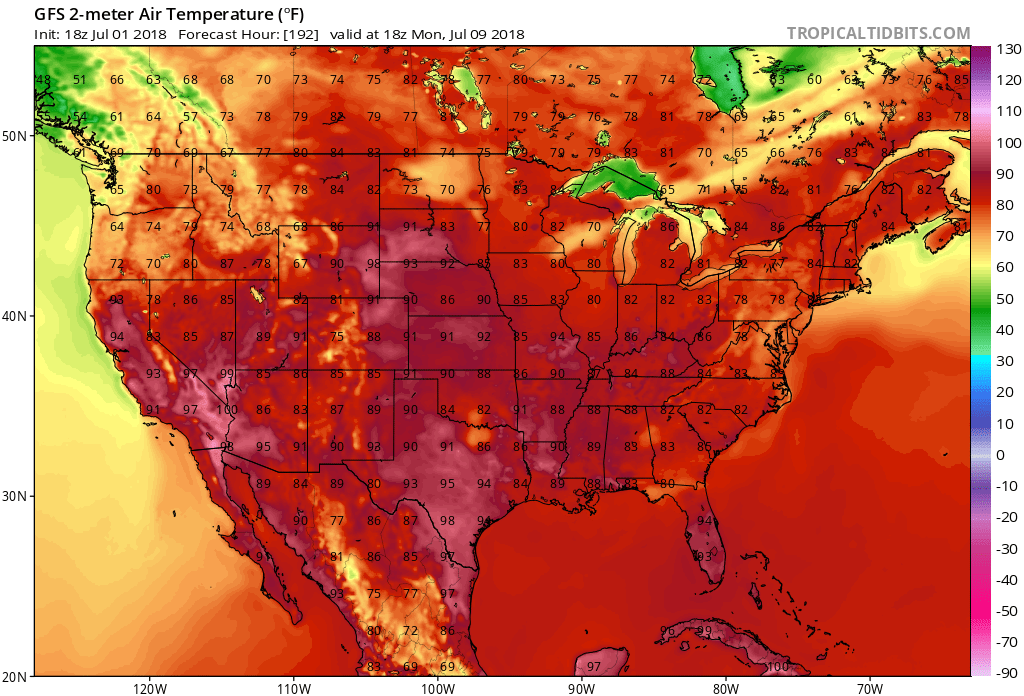