The Southeast has had a nice week with mostly dry conditions and seasonable temperatures in the high 70’s to the low 80’s. But these pleasant conditions wont stick around, due to a change in the jet stream allowing very hot temperatures to affect the southeast this weekend. 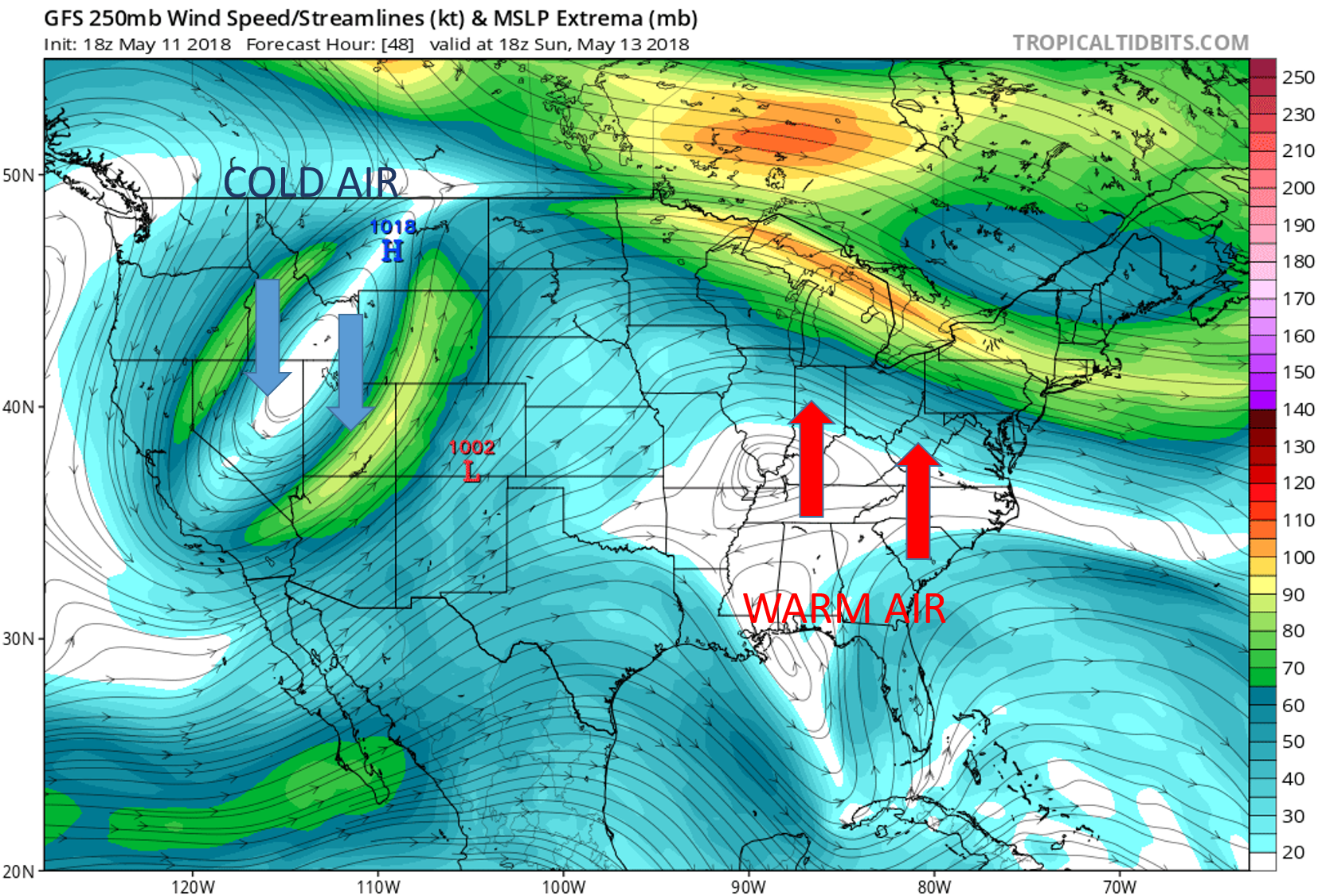 This is the 250mb winds that show a trough formed in the west and an associated ridge in the east. This means that in the trough cold air will plummet to the south and in the east where there is the ridge warm temperatures will be able to move north out of the tropics. This ridge will form today allowing the warm up to begin tomorrow and last until around Monday until the trough propagates eastward. 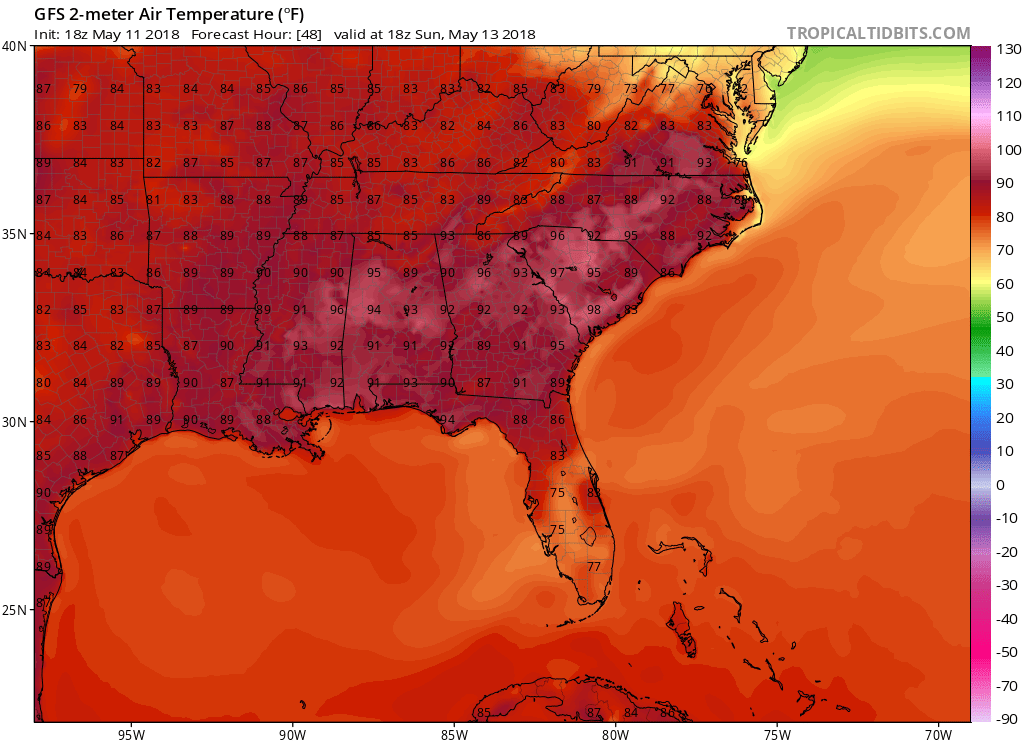 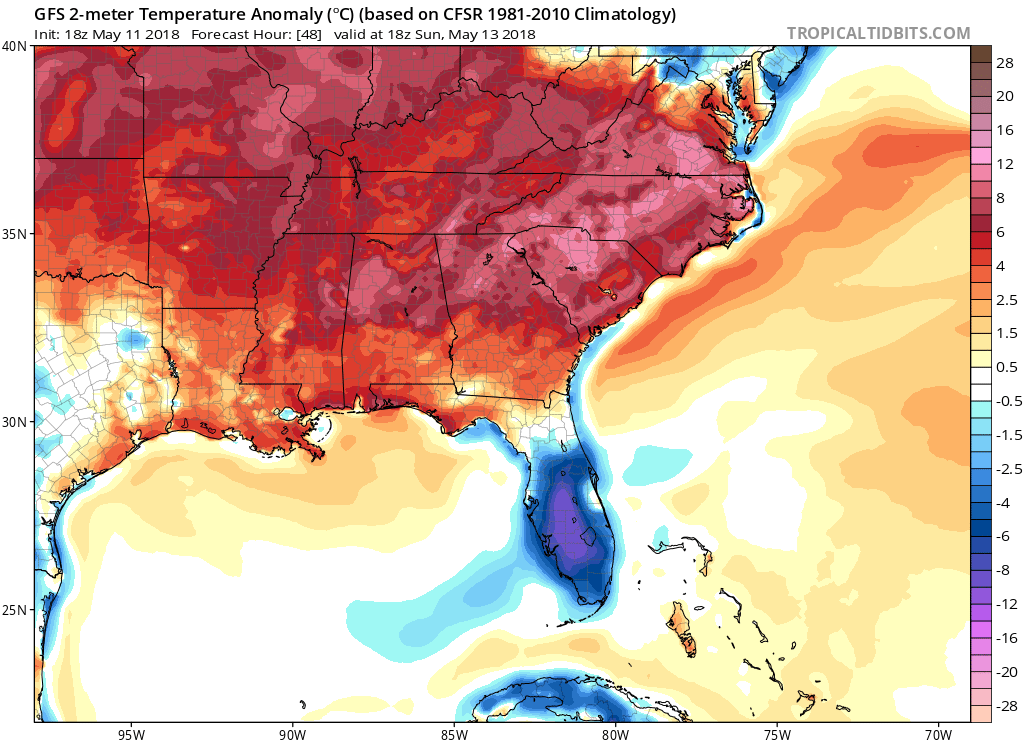 Putting things into perspective temperatures will be nearly 20° above average for all of the south east specifically North and South Carolina and Georgia that will see the hottest temperatures during this heat wave. So its time to turn those air conditioners on because this weekend is going to be a hot one. Check back for more updates on weathers worst here at East Coast Weather Authority.