After a very warm spell for early February, the threat of wintry precipitation makes its presence known once again. The South will not be involved this time, however portions of the Mid-Atlantic including northern VA and PA will be. Impacts could range from moderate to high due to mixing of precipitation, including snow sleet and freezing rain.

Exact totals are not yet known, and could vary widely depending on location. South of DC, rain is most likely, however there is the threat for ice down into the Shenandoah Valley. We will update as the event gets closer regarding that ice threat. 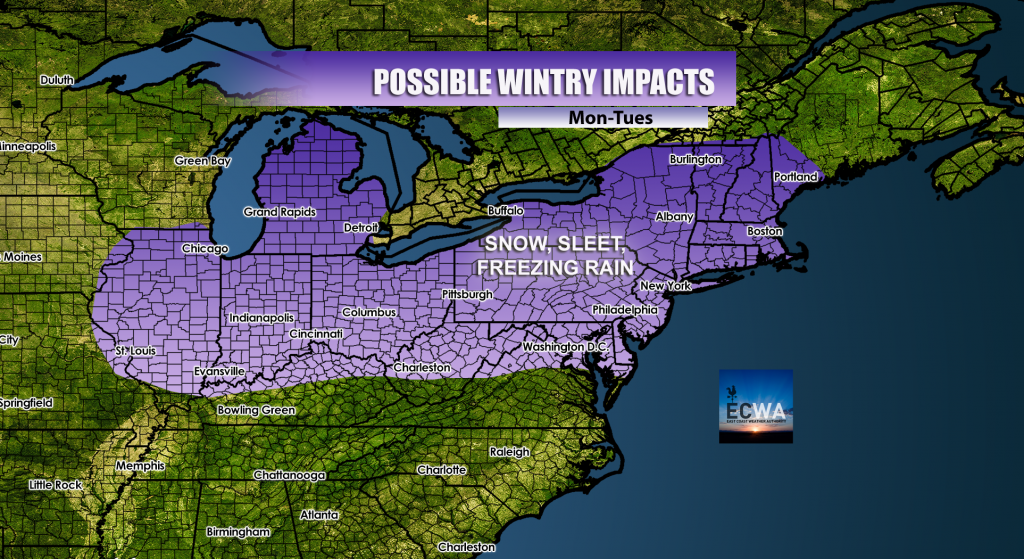 Things could get messy as the atmosphere warms up due to warmer air being pushed up from the South later in the event. Anything that falls could be melted or turned to slush after a changeover to rain. 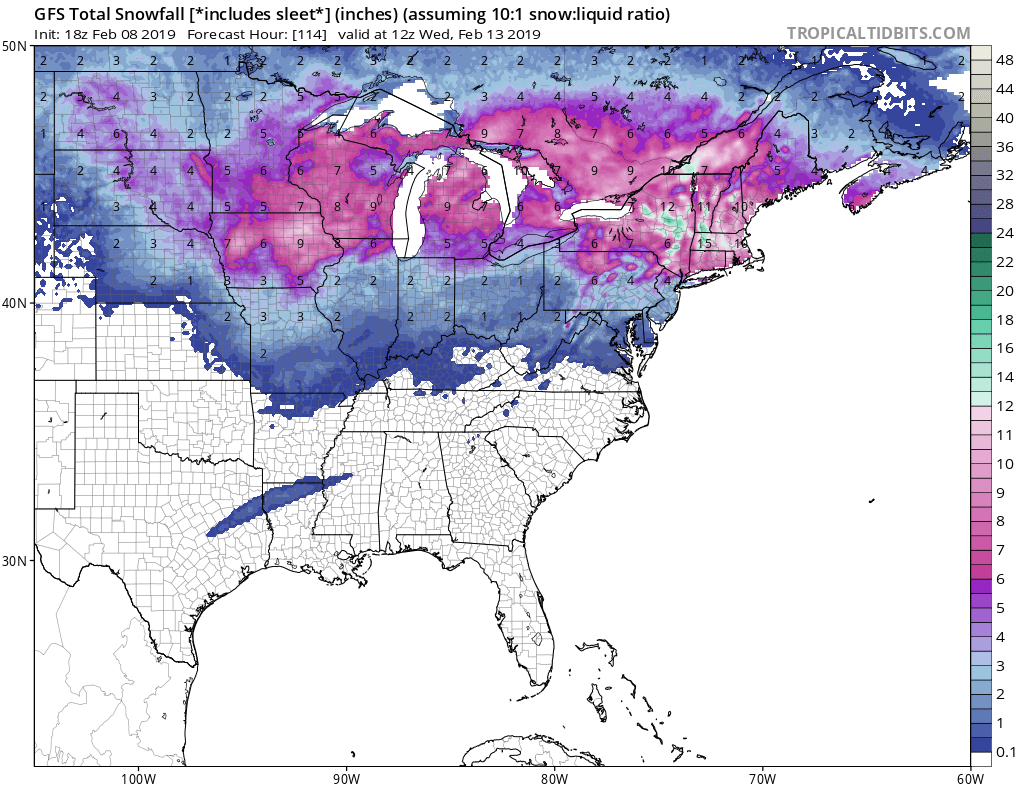 Again, any wintry precip that falls could change over to rain, more likely the farther south you are. Only northern New England will likely remain all snow for the duration of the event. 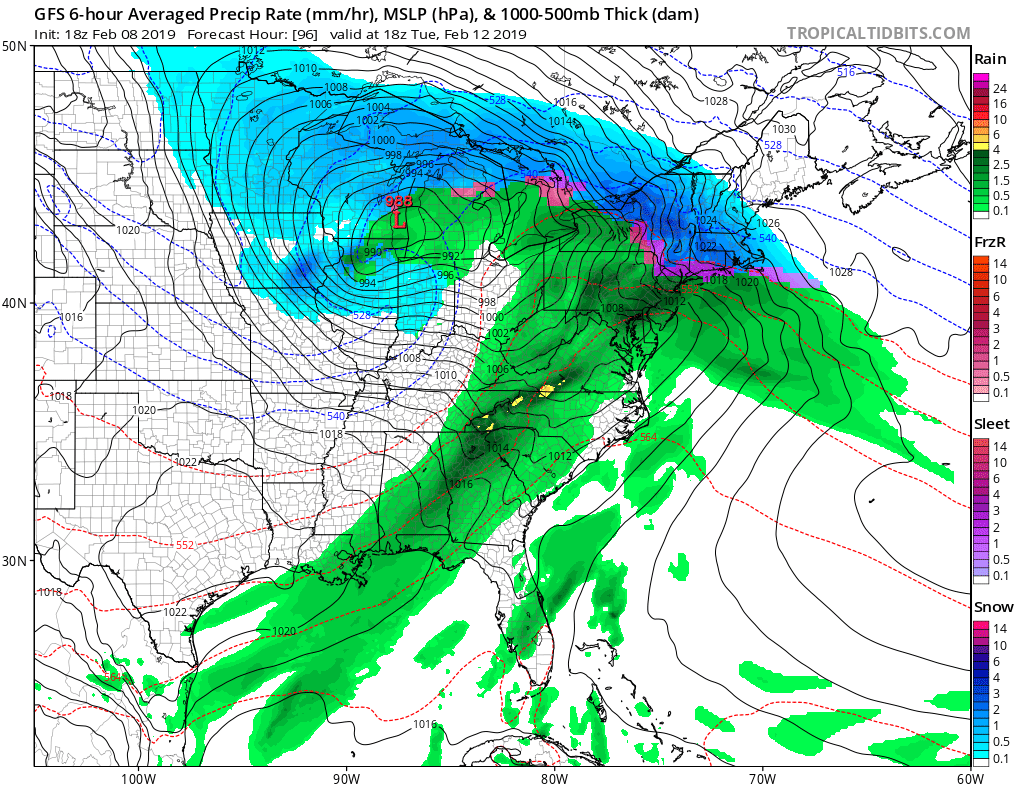 Stay tuned right here as this winter storm unfolds for the Mid-Atlantic and Northeast!